Vodka is a distilled drink that is made of ethanol and water. Itâ€™s concocted by distilling grains orÂ  potatoes. By volume, vodka has an alcohol content of 38 percent.

Vodka is a traditional drink in the countries around the Baltic Sea and Eastern Europe. Poles, Russians, Lithuanians and Ukrainians love their vodka. In Russia, vodka is the national pastime and drink.

At the start of World War I, Russia banned the sale of vodka. By 1925, the government was going broke, so the Bolsheviks turned the vodka tap back on.

When Mikhail Gorbachev assumed power in 1985, he expressed horror at the number of drunken Soviet citizens laying in the streets and doorways. He launched a massive public information campaign to wean Russians off vodka, calling for them to drink pop and fruit juice instead. He hiked the price of vodka and limited its sale. Thus started the biggest propaganda failure in Russian history and the fall of Soviet communism.

Fights and riots broke out in lines of people waiting for their meager ration of vodka. Russians started drinking all manner of horrid concoctions, including shoe polish and industrial mixes that contained alcohol. Anything was fine for an alcohol buzz.

People despised Gorbachev for pushing his teetotaler way of life. To this day, Gorbachev is roundly hated in Russia and is hiding in the United States, still pushing crank solutions to the worldâ€™s imagined ills.

The Russian people celebrated and breathed a sigh of relief after Boris Yeltsin took power in 1991. Here was a fellow just like them, robust and a bit tipsy, who didnâ€™t mind a turn at the vodka bottle now and then. It was a welcome sign to the Russian citizens that their love of vodka would never be denied again.

Vodka is a version of the Slavic word for water. The word vodka was first recorded in 1405 in a Polish court document. Vodka first appeared in the English lexicon in the 18th century to describe a drink Russians enjoyed in public houses. The first production of vodka probably happened in the 9th century. Itâ€™s now one of the most consumed spirits in the world. Itâ€™s power of intoxication is considerable.

Vodka comes in two groups, which are clear and flavoured. Vodka is commonly flavoured with honey, pepper, grapes, fruit, ginger, vanilla or chocolate, depending upon what part of the world one buys vodka. The word vodka has achieved universality. 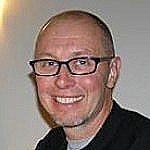 I am a professional tutor. I have provided one to one support successfully to clients in and around Bristol since 2004.