In essence the question asks: When determining how to distribute assets under S.25 MCA what factors do the courts consider? Are they fair? Do they discriminate between the parties? White v White bans ‘breadwinner versus homemaker’ discrimination but not other forms. Decisions post White do indeed prevent this form of discrimination but have allowed discrimination on other grounds. So White is still the law but only in narrowly defined circs. ie. ‘big money’ cases and where 50/50 split meets MCA requirement that assets are divided fairly. Survey results will tend to suggest that this approach is in line with public opinion which broadly supports a non-discriminatory approach between H&W but appears reluctant to absolutely embrace total equality – still a residual reluctance to take everything away from the partner who went out to work.

White v White a landmark case because statement that when court is determining how family assets are to be distributed under S.25 MCA there will be no discrimination based on the roles that H & W have fulfilled during marriage. Significant because it paves way for 50/50 split whereas previously courts had awarded W enough to cover her ‘reasonable needs’.

But is it really so significant?
ï‚· 50/50 split of assets will only be possible in ‘big money’ cases, ie. cases where there is a surplus of money/assets after H&W have been awarded enough to cover ‘reasonable needs.’
ï‚· HL in White only ruled out discrimination based on reference to roles H&W played in marriage. Therefore discrimination permitted on other grounds. MCA requires exercise of judicial discretion to achieve ‘fairness.’
ï‚· And many post White cases where courts have found reasons to depart from the principles in White.

Also introduce survey results here. Judicial attitude to White principles in cases where they have found reasons discriminate and allow H to retain more than 50% of assets broadly reflect public opinion, courts use ultimate discretion to achieve ‘fairness’ to meet public opinion and not to penalise ‘breadwinner’.

Question contains important quote from White, in fact the crucial part of the judgement: there must be no discrimination based on roles taken in marriage, going out to work is not valued more than staying home and raising children. If parties adopt traditional roles, ie. H goes to work, W looks after children this division of labour will not lead to larger share for either party, there will be no prejudice or advantage attached to roles/contributions made by married couples.

Important quotes from White. (Lord Nicholls) “…why should the claimant wife be confined to the court’s assessment of her reasonable requirements and the husband left with a much larger share.”

And “If in their different spheres each contributed equally to the family, then in principle it matters not which of them earned the money and built up the assets. There should be no bias in favour of the money-earner and against the homemaker and child-carer.”

But even in White itself HL imposed limitations: Lord Nicholls, restricted principles to cases: “…where the assets exceed the financial needs of both parties.”
Also “As a general guide, equality should be departed from if, and to the extent that, there is good reason for doing so.” Clearly HL say predicting that there would be instances where it was fair to discriminate against the homemaker.
And more – Lord Nicholls confining non-discrimination principles to cases where H&W start married life with little and then acquire wealth over the years. Fair in those circs to order 50/50 split regardless of who earned what etc. Again anticipating situations where 50/50 will not be fair, such as when one party brings substantial wealth to the marriage.
And “In the exercise of these discretions the law isa living thing moving with the times…” suggesting that HL envisaged White would be built upon not slavishly followed.

Eekelaar observed White leads to situation where judges must: “…search for reasons why division should be unequal.” (see J Eekelaar ‘Asset Distribution on Divorce – The Duration Element.’ (2001) Law Quarterly Review. 552.)

“Reasonable requirements” test will still be relevant to cases where assets are of low value.

Cowan v Cowan [2001] 2 FLR 192. CA tentative steps to creating concept of ‘exceptional or special contributions’ which would justify departure from 50/50 split. BUT Lambert v Lambert [2003] 1 FLR 139. CA stopped this approach.
“If all that is regarded is the scale of the breadwinner’s success then discrimination is almost bound to follow since there is no equal opportunity for the homemaker to demonstrate the scale of her comparable success.” However Diduck and Kaganas ask: “How could a homemaker ever demonstrate exceptional contributions?” It is possible to think of exceptional contributions to homemaking and child rearing.

Then in Charman v Charman [2007] 1 FLR 593 ‘yardstick of equality’ departed from because H had made “Stellar” contributions to family. So situation unclear – exactly what distinguishes ‘stellar’ from ‘exceptional’ Some guidance in Parlour v Parlour & McFarlane v McFarlane [2004] 2 FLR 893. Court ordered 63/37 split in favour of H. Baroness Hale spoke of overriding objective of ‘fairness’ and ‘the need to give each party an equal start on the road of independent living.”

Length of Marriage.
GW v RW [2003] 2 FLR 108. “It seems to me that the assumption of equal value of contribution is very obvious where the marriage is over 20 years…for shorter periods the assumption seems to me to be more problematic…the entitlement to equal division must reflect not only the party’s respective contributions but also an accrual over time…” This suggests that 50/50 split only fair when marriage existed for a considerable number of years.

However. Miller v Miller [2006] 1 FLR 1186. Marriage of less than 3 years but 50/50 split ordered on grounds of fairness. Based decision on guidelines from McFarlane.
Division of assets determined by looking at
ï‚· needs,
ï‚· compensation for any economic disadvantage arising from the marriage (ie. giving up work or missing promotion because of maternity/child care absences.)
ï‚· entitlement to a share of the assets of the marriage, another version of the fairness criteria.

Above factors are also subject to the statutory provisions of MCA Diduck and Kaganas observe: “…consideration of statutory factors, (S.25 MCA) particularly needs, provides a reason for departing from equality.” These include S25(2) contributions to the welfare of the family.

Therefore must look at how S.25 MCA applied to see if non-discriminatory principles of White have been followed. There are no clear guidelines in the MCA about how decisions are to be taken, what factors are to be considered etc. Decisions are left to judicial discretion and courts have laid down guidelines about the exercise of that discretion. White just one set of guidelines for exercise of discretion.
Overriding factor is to achieve fairness but in Miller v Miller Lord Nicholls said fairness “is an elusive concept based on social and moral values…which change over time.” Therefore fairness is difficult to achieve.

Also Cretney notes “‘yardstick of equality’ is not a presumption of a presumption.” In fact it is not even a starting point, HL suggested it was to be used as a final check ie. after judge has made his decision, he then should compare the outcome with the “yardstick”.

S.25 MCA also subject to decisions regarding children and paramount principle, ie. 50/50 split subject to making provision for children, in effect White rarely apply to cases where there are children. As seen earlier White applies to cases fitting into a fairly narrow range, longish marriage, lots of money, grown-up (or no) kids.

Cretney summarises White thus:
“…three components namely:
(1) the overall objective of achieving a fair outcome.
(2) consideration of all the S.25(2) criteria…must be non-discriminatory.
(3) at the end of the exercise application of the yardstick of equal division of assets…where equal division is departed from, reasons must be given.”

Marano v Marano [2010] EWCA 119. Court stressed the importance of judicial discretion in achieving a fair result and emphasised that 50/50 split not always fair.

2011 cases Goldstone v Goldstone and Jones v Jones. More ‘big money’ cases, emphasise the limited effect of White and subsequent cases, principles will not apply to ‘ordinary’ cases because there will not enough money involved.

Inherited Money etc. N v N (Ancillary Relief) [2010] EWHC 717 and J v J [2009] EWHC 2654 courts departed from 50/50 split, in effect ignoring the assets that the parties bought to the marriage. In N v N judge anxious to ensure that inherited assets did not need to be sold off. See also effect of Radmacher v Granatino on all this, will probably mean that property owned pre-marriage will not become joint property?
But K v L [2010] EWHC 1234 facts W inherited large sum of money a considerable time before marriage, that money not used by couple who maintained a very modest standard of living and money never placed in joint names. Held not to included in division of assets because of these particular factors. Suggests that if money inherited shortly before marriage, and or used by couple and or put in joint account then it will be included in 50/50 split.

Robson v Robson [2010] EWCA Civ 1171 CA guidelines for equality and departure from equality: “The weight to be given to each of the section 25(2) factors depends upon the particular facts of each case…Flexibility is necessary to find the right answer to suit the circumstances of the case…Justice is attained when the result is fair as between the parties. Needs, compensation and sharing will inform and usually guide the search for fairness… The duration of the marriage and the time during which the wealth has been enjoyed by the parties will be relevant. This is also the case with regard to the standard of living and the extent to which that has been afforded and enhanced by drawing down on the added wealth. The more and longer the wealth has been enjoyed during the marriage, the less fair it is that it should be ring-fenced and excluded from distribution…There is no formula and no resort to percentages will provide the right answer.”

White a very important case but more for the message it sends out than for its impact on the lives of ordinary people. No discrimination against homemaker is a very important social message but in every day practice of family law of little practical importance because the other factors will take precedence over non-discrimination. In any event courts will strive to do what is fair. Socially important, symbolically important, politically important but legally only important in very narrowly defined circs, ie. big money, long marriage, no kids. Subsequent cases emphasise this, they reinforce the equality message but then find reasons to depart from it.

Note on the survey.
ï‚· You will need to discuss methods used, whether respondents selected at random in the street or family/friends etc. Give number to each to ensure anonymity, truthful responses etc.
ï‚· Try to go beyond yes/no questions and do you agree/disagree with following statement style questions, go beyond questions that you lecturer has suggested.
ï‚· Try to get a quote (or make one up, ie. “not right that you can go out to work to keep your kids, your home and the wife and then she gets it all.” I’m sure you can imagine the sort of thing, you just have to listen to any group of grumpy middle-aged men in any pub in the land.)
ï‚· Then discuss the results and relate it to the question and to the cases.
ï‚· (Predicted) Results: Gender differences, more women support 50/50 split. Age differences; older respondents more likely to support protection of breadwinner at expense of homemaker. 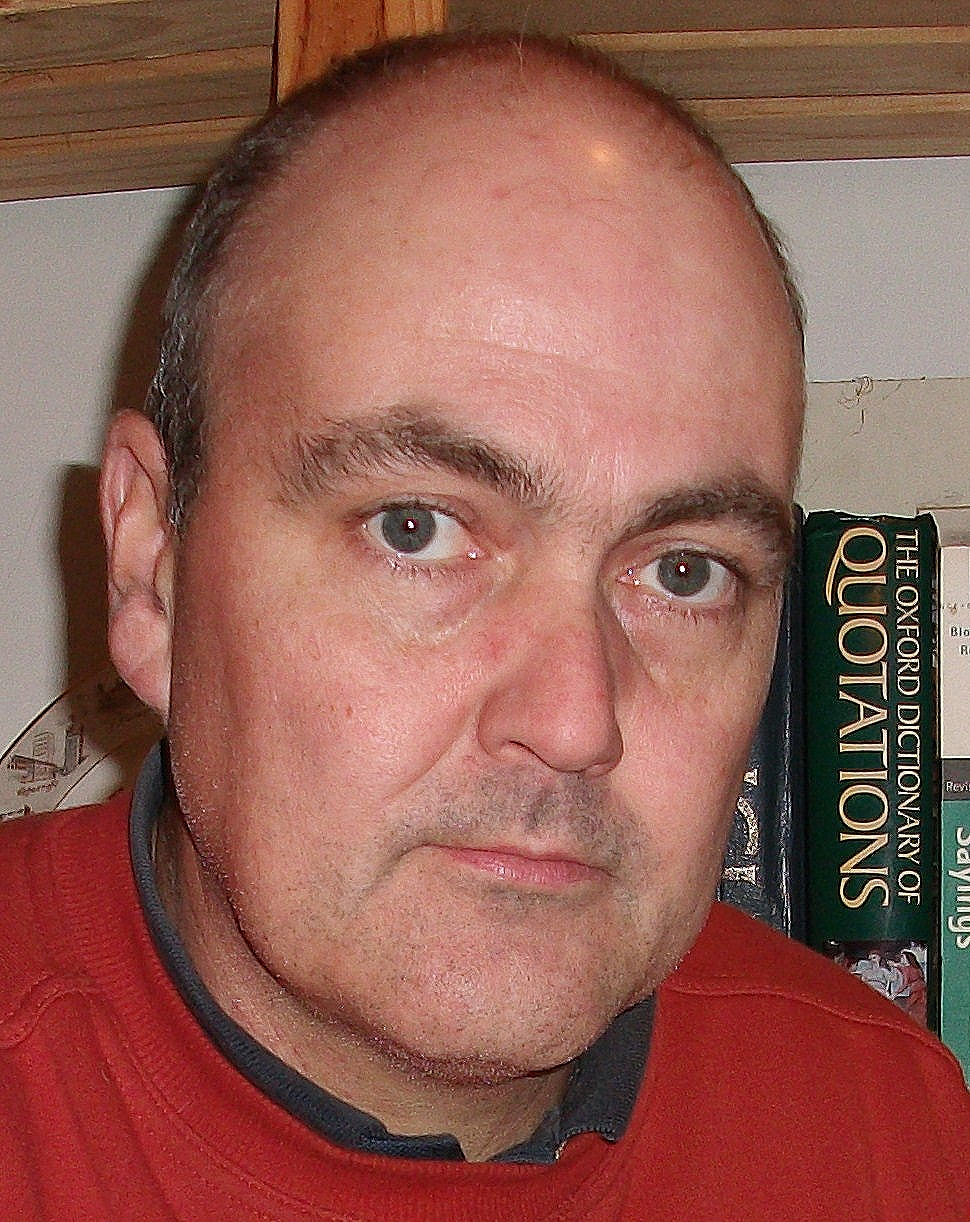 I am a barrister with experience of practicing law and I have also spent a lot of time as a law lecturer, a supply teacher, a crammer, a private tutor, teaching is what I do, it is what I’m good at. I have twenty five years experience of filling the gaps left by universities and g.... Read More