Light and the Physics of the Eye

LIGHT AND THE PHYSICS OF THE EYE (text only)

This is an article that touches on topics linked to the eye and the physical processes related to it covered in Key Stage 3, GCSE and A-Level.  Read on to see many ways what you are studying in your Science and Physics classes relates to the world around us.  There is also a lot of Maths involved in the article, so to see how what you are studying in your Maths classes relates to the real world (especially Physics, since Maths is known as the language of Physics), continue to read.

The eye is considered by many people as one of the most valuable parts of the body.  Through our eyes, sight as a sense is experienced.  But how is it experienced?  What is actually being experienced or sensed?  LIGHT.  The diagram below shows the Electromagnetic Spectrum which ranges from Gamma Rays to Radio waves with Visible Light (which for short we just call ‘light’ in everyday language) near the middle.  What changes to cause these different types of radiation in the Electromagnetic Spectrum to exist?  The wavelength (length of one oscillation of a wave, SI unit: metres (m)) and frequency (number of full oscillations travelling through a point each second, SI unit: Hertz (Hz)) of the waves.  What does NOT change?  The speed of any electromagnetic wave (known as ‘speed of light’, SI unit: metres per second (m/s)), which is 299,792,458 m/s or 2.998 x 108 m/s  (correct to 4 significant figures) or 3.0 x 108 m/s (correct to 1 significant figure).  This last rounded value for the speed of light is what we usually use in calculations, even at degree level.  The equation that relates these three variables is

Since c, the speed of light, is always constant, as λ (Greek letter called ‘Lambda’), the wavelength INCREASES, f, the frequency DECREASES.  In other words, wavelength is INVERSELY PROPORTIONAL to frequency.  Did you notice this relationship in the diagram of the Electromagnetic Spectrum below?  There is another equation related to light:

Since h, Planck’s Constant (which is 6.63 x 10-34 Js rounded to 3 significant figures), does not change, as E, the EnergyINCREASES, f, the frequency also INCREASES.  In other words, the Energy of a wave is DIRECTLY PROPORTIONAL to its frequency.  Did you notice this relationship in the diagram of the Electromagnetic Spectrum below?

Out of all the parts of the Electromagnetic Spectrum, our eyes are able to detect Visible Light and send messages of what is sensed to the brain.  Most animals detect Visible Light with their eyes, however the range of detected Electromagnetic Radiation may be different.  For example, many animals can see into the Ultra-Violet part of the Electromagnetic Spectrum.  These include reindeer, cats, dogs, many rodents such as bats and hedgehogs.  Did you know lions and other cats like to mark their territory by urinating in certain places?  The urine emits U-V radiation.  When the urine dries what would be invisible for humans would be very visible for these animals.

To see into the Ultra-Violet part of the Electromagnetic Spectrum as well as the Infra-Red and other parts of the spectrum, we humans use special cameras.  An example of this is an Infra-Red camera which has many special usages like sensing an area where a forest fire may start before it actually can be seen with the naked eye.  Infra-Red Radiation is heat, so what we are actually seeing when we use these Infra-Red cameras is heat emitted or radiated from different objects.  When using this camera hot objects, radiating Infra-Red Radiation more intensely, are seen to be as bright while cool objects, radiating less Infra-Red Radiation, are seen as dark.  See the Infra-Red image to the left.  Do you think the cup containing the tea is a good conductor or insulator of heat?  Why?  According to the diagram which is the hottest part of the cup?  Why?  Could we see these things with our eyes?  No, but many animals such as mosquitoes, some snakes, such as boa constrictors, and fish, such as goldfish and piranhas can.  They don’t need an Infra-Red camera like us humans.

Now that we have established the link between the eye and Visible Light as well as other parts of the Electromagnetic Spectrum, we can discuss the physics of how the eye works.

All Electromagnetic Waves can travel into to the human eye if they are intense enough and can even cause damage.  Even Visible Light, if intense enough, can damage the eye.  That is why we are told not to look directly at the Sun.  Most of the time the Electromagnetic Waves are not so intense, so the Lens in our eye is able to filter them out.  These include Infra-Red and Ultra-Violet Radiation (unlike the animals discussed earlier).  Only Visible Light is transmitted through the Lens.  These light rays are focussed onto the Retina.  The Rods and Cones in the Retina detect the colours and intensities of the light and after photochemical reactions have taken place, this information is sent as electrical impulses through the Optic Nerve to the brain.  This happens extremely fast which is why we can see things as they are happening.

THE EYE AND THE LENS

There are two main types of lenses: convex lenses which are converging lenses (diagram below with image of stylish woman), and concave lenses which are diverging lenses (diagram below with dotted lines).  Our eye contains a convex lens which focuses light to a point on the retina.  The image is REAL and INVERTED.  That means our brain re-inverts this image so that we sense everything the right way up.

How do we know that an image projected onto our retina is real?  The image is focused onto an actual surface.  The light rays converge to a point on the retina, so the image must be real.  (Diagram above).  If the light rays were diverging then we could trace back the lines of the rays which cross at a point where the object is not at.  This is why the image we see is virtual when looking through a concave lens.  (Diagram below).  Drawing a ray diagram to clearly answer the question, even if it is a simpler question, is advisable.

How do we know the image is inverted?

Draw a ray diagram as shown in the diagram above with the image of a stylish woman.  You could just use an arrow      instead of a person and show how the light rays travel from the top and bottom of the arrow through the lens and onto the retina.  The image on the retina should look like this    which proves that the image is inverted.

The Ciliary Muscles in the eye automatically change the shape of the lens to allow it to focus images onto the retina for objects at different distances from the eye.  When this happens the focal length and therefore the power of the lens in our eye changes.  This is due to the relationship Power (Dioptres, D) = 1 / Focal Length (metres, m).  When an object is brought very close towards the front our face the lens in our eye becomes thicker.  This causes the focal length to become shorter and therefore the lens to become more powerful as it is able to focus an image in a shorter distance.  But our eye has a limit to how much it can change the shape of the lens.  When the eye reaches this limit it is unable to make the lens thicker any more.  This means that if the object is brought even closer to the face it will not be possible to focus the image onto the retina.

Is the image real or virtual?  See the diagram above.  Do the light rays converge to a point on the retina?  No.  Does it mean the image is not real?  No.  The image is real because what we are seeing is the actual object in the actual position it is in.  The difference is the image is unfocussed and therefore appears blurred.  The rays are not diverging after passing through the lens which means we don’t need to trace the rays back to a point (where the object is NOT at) on the same side of the lens as the object.  This would be a virtual image.  But that is not what we are experiencing in this situation.

Close one eye and try slowly bringing your finger towards your face from a distance of about 40 cm in front of your face.  As you do this don’t poke yourself in the eye.  Actually before your finger even comes that close to your face do you notice that the finger does not appear to be clear anymore?  We are still seeing the finger in the actual position it is in, the image is now unfocussed and has become blurred.  The point the rays meet is now behind the retina which is the reason for the lack of focus.  But we are still seeing something because the (convex) lens in the eye always focuses the light it receives causing it to converge to a point.

If we were looking through a convex lens at an object closer to the lens than its focal point, the light rays would diverge after passing through the lens as shown in the diagram above.  When these rays reach the lens of the eye they would be converged onto the retina of the eye and a real image would be formed.  However what we are seeing is not the object in its actual position, but a virtual image of the object on the same side of the lens as the object itself.  We can see in the diagram how the diverging light rays are traced back, as described before.

DO YOU WEAR GLASSES?

We can see in the diagram above that Hyperopia / Farsightedness is corrected by using glasses with a convex lens while Myopia / Nearsightedness requires a concave lens.

I hope this article was useful and showed you a few examples of some of the applications of Physics and Maths in the real world. 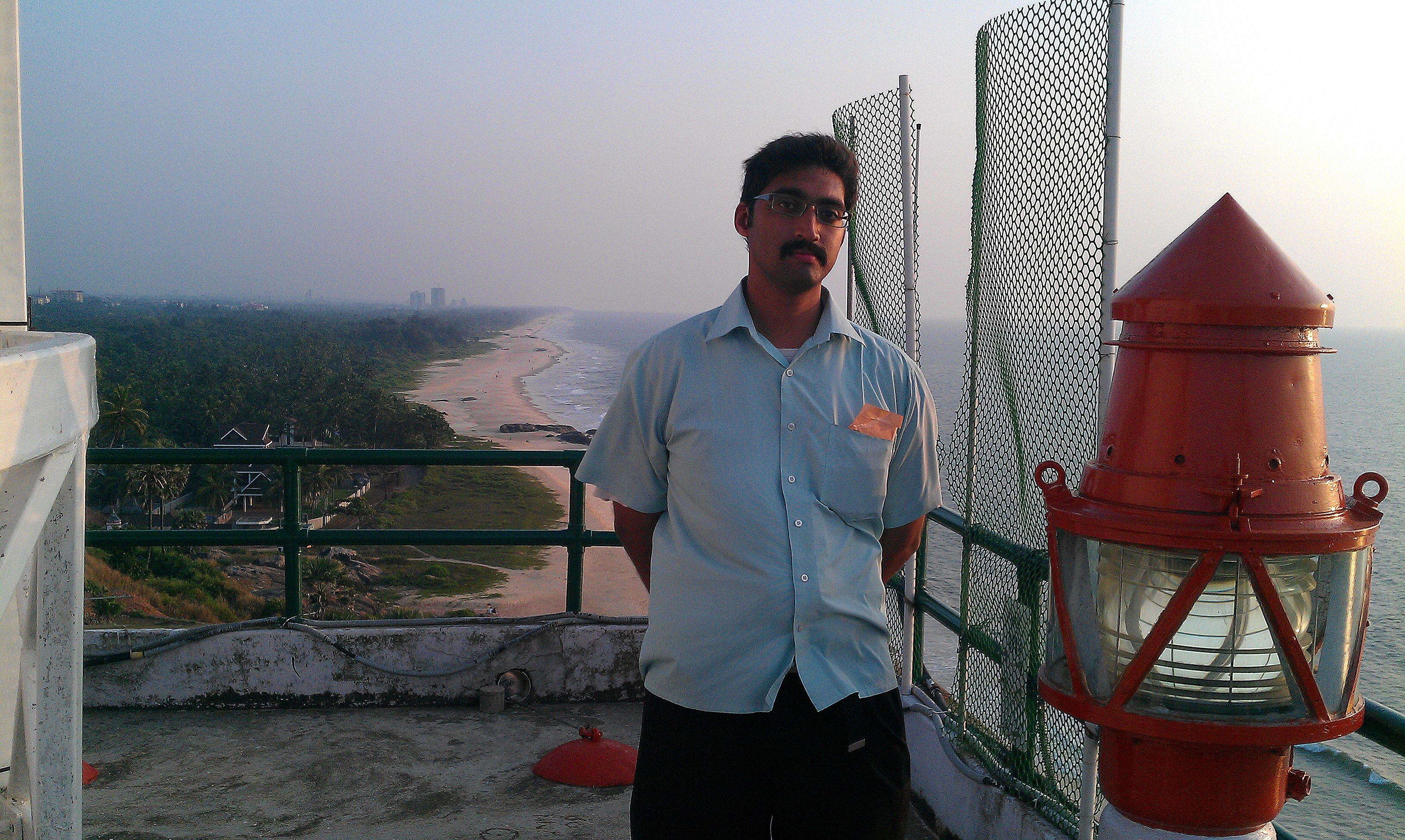 I love to teach. I gained BSc Physics from Imperial College London and PGCE Mathematics from Middlesex University. While studying my degree I taught at KS1 and KS2 level at a Saturday School and also gave tuition, all of which helped me understand that teaching as a career was right for.... Read More