Magic and Magic tricks and secrets

Magic has different meaning to different people as for some it is fun, for some others it is illusion, for some it is supernatural power and for others it is science. While magic have a lot of meanings, magic usually refers to the art of creating illusion and making audience to believe what isn’t real. Magic is an art and trick of hands, it is natural human ability as some are born with the ability to make magic and other learn and practice it.  For most people that magic is science and energies of nature as in magic people create change by connecting with the energies of nature. Energy exists in all substance of nature, in all solid, liquid, atoms and sub-atoms particles moreover everything of nature has different level of energy and all are connected with energy of nature. Magic uses these energies of nature only to perform various art of magic.  A person who performs magic show or magic tricks is called as magician.

Magic is the art of causing changes in conscious mindset of viewers in accordance with the will of magician.  Magic is a tricky concept as it includes sleight of hand, mental exercise, manipulation, illusion, escapology and too much manipulation of cards and much more. According to S.L Mac Gregor Mathers, Order of the dawn, magic is the science of the control of the secret forces of nature.

How does magic work

Magic is the process of control and manipulation of the energies of nature and as these energies exist in all substances of nature with creating change in these energies it causes to change within the physical substance. As manipulation or alteration in any energy reality causes to bring changes in material reality. The science which causes magic explains that the earth has electromagnetic field and we all exist within this electromagnetic field, magician uses energy which causes transfer of energy and creates interaction between earth’s electromagnetic field and consciousness of people. In order to effectively perform magic magician need to keep improving his visualization skills and should train his mind to think spontaneous in all different situations. Desire, form and manifestation are the key elements of magic as what magician desire to do as it can be said as what magician need to perform at this level, need is expressed as an imagination and this form an idea in imagination  and then with precision desire of magician manifest on the physical level.

Magic is an art form which can be learnt by anyone but someone adapt this art more easily and quickly than others. Magic is the real mastery which comes with a lot of practice, time or by natural talent. Magic is also inherent in some people by birth. In the entire electromagnetic spectrum all things, people, animals, substances and sub substances are connected with each other and we all are part of this spectrum so magic not only comes from the internal energies but also from the external energies of the universe.

The fundamental principle on which magic is based on is “suspension of disbelief” as when we see the lady in half, we really don’t believe it ever but if magician performance is good we forget everything else and starts believing in what magician wants to show. Magic uses various tools and practices to bring success in suspension of disbelief, illusion, tricks of hand and entertainment. At the end magic is fun!!

Magic sometimes also referred as stage magic as to distinguish it from paranormal ritual or black magic. It stage performance of an artist called as magician to entertain audience by creating illusions and tricks which surprises and entertain audience. There are various types of magic like stage magic, which are performed in theatre or hall for large number of audience moreover in such shows many assistance, animals, props are used. Parlor magic, it is show for smaller number of audience than stage magic but larger than close up magic shows and usually in such magic show magician is standing at the same level of audience in a room or parlor. Platform magic is for medium to large number of audience. It is generally performed in night clubs such as skilled manipulation of props like balls, cards, ropes and doves. Close up magic or table magic is for one on one audience, it is generally performed for the audiences that are close to magician. Escapology, it is performed by expert escape artist who escapes himself from confinement. Pick pocket magician, these magicians uses trick of hand and mislead the audience by removing their belts, wallets and other personal things from them. Children’s magic is generally performed in birthday parties, preschool, Sunday schools etc, this type of magic uses light tricks and comedy to entertain children. Mathemagic is type of magic which combines mathematics with magic. Street magic is performed on street by trick artist who entertain people moving on street. 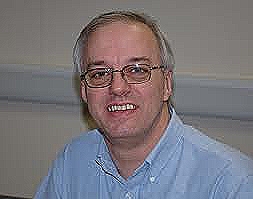