Have you people ever wondered why cost of food rises when gas prices spike? And why U.K politicians worry when other countries are at stake of bankruptcy? Or why savings accounts do not offer attractive interest rates? These phenomena can be understood through economic theories and principles only. Economics is the study of production and consumption of goods and the flow of money in economy and how the demand and supply of goods affects the prices of goods in the market. According to Alfred Marshall, “Economics is the study of people in the ordinary business of life.” According to Lionel Robbins, “Economics is the science which studies human behavior as a relationship between given ends and scare means which have alternative uses.”

Desires are unlimited but resources to fulfill those desires are limited, Economics is about making choices. We all have to make number of choices in are day to day life like how much to spend on fuel? How much should be savings? Which school our child will go? Do I first need a dish washer for washing dishes or a car for going to office and like this many more choices we all have to make? Many people related economics with money only but it is not just about money as economics is weighing different alternatives and choosing the best alternative among all. Economic is driving force of human interaction, that’s why it explains how people interact within the market and how they achieve their objectives.

Economics is the study about how people make choices to use resources, which include people, time, material, land, machinery, equipments and also the talent of people who uses them to a productive use. At each step crucial decisions need to taken like how much time should be devoted to a specific task, what will be the financial budget of each department, what technique should be use to produce goods at reasonable cost with minimum wastage and how to shape the level of taxes and role of government, etc.  Also a study of economics explains all aspects of nation’s economy like how country uses its resources and laborers, what are the effects of taxation policy to the population, what are the reasons behind success and failure of a business.

People who study and explain economics theory and principles are called economists. Economists study to find answers of important questions such as how industries can maximize its profit, how nation can create wealth, how to maintain financial stability. Economists have different theories how people and government should behave and interact within the market. Adam smith is known as the father of economics, in 1776 he established the first modern economic theory called as the classical school. Classical theory still exists today as it is basis of capitalism. The theory believed that market can itself regulate and government should not interfere or restrict them and thereby produce wealth at maximum efficiency.

A second theory by Karl Marx called as Marxism states that eventually capitalism will fail as CEOs and owners will generate wealth for themselves and will exploit the labor. The theory believes that such exploitation will result in social inequality and will generate class differences. So he stated that laborers should own and control means of production. A very recent theory called as Keynesian theory explains that how government interaction in capitalist economy can promote economic stability. Theory suggested that when economy is in state of stagnant then taxes should be reduced and spending of government should be increase. On other hand when economy becomes overly active, taxes should be increases and government spending should be reduced.

The study of economics is very important for society as it help in decision making regarding optimal allocation of limited resources of nation. The study helps to resolves the fundamental problem of economy, which is scarcity as wants or demands are must more than the resources available to fulfill these demands. Very commonly faced choices are what to produce, how to produce and for whom to produce?  Economists help to overcome with all the problems faced by an economy or nation. Economics in many ways very important to the society and nation at whole as it make society a better place to live in and hence increases standard of living of people. It can improve society, economy, nation’s growth, well being, development, wealth, production and much more but on other hand it can also make the situation worse which partly depends on priorities of society. 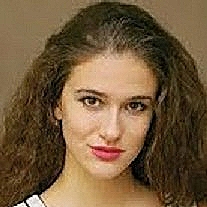 I am economics teacher. I have 4 years exp. in teaching.

Commented by Smithd309 on Jun 14,2014
Informative Site Hello guys here are some links that contains information which you might find useful yourselves. It is Worth Checking out.

Commented by Johnf475 on Jun 14,2014
I like what you guys are usually up too. This kind of clever work and exposure! Keep up the amazing works guys I've added you guys to my blogroll.

Commented by Johna937 on Jun 14,2014
It's actually a great and helpful piece of information. I am glad that you just shared this useful information with us. Please stay us up to date like this. Thank you for sharing.