The Global oil price decline has a direct effect on major exporters, and an indirect effect on other markets that are net importers. We will discuss the major drivers for oil prices and the after-effect of that on the development in Egypt as part of the Middle East that has just been through political and economic changes.

As oil prices went down the world waited for Saudi Arabia to interfere and balance the prices by cutting the supply or through OPEC. On November 2014 a decision was carried out by OPEC that there will be no supply cuts. The Kingdom officials preferred to avoid losing market share for other producers. Saudi Arabia Oil Policy need to balance between the oil revenues and securing a long term demand for its oil. United States Shale wide production is also new to the markets and might have a great effect on the oil price equation. The price elasticity for US Shale producers and their ability to quickly supply the market needs at a certain price might replace Saudi Arabia's traditional role swing producers. Another factor that influences future expectations for oil prices is the political unrest in the Middle East and North Africa exemplified by the war in Syria and Yemen, the terrorist threat of ISIS in Syria, Iraq, and Libya, and the mounting tension between Iran and Saudi Arabia. It is noteworthy that the lifting of the sanctions on Iran has added a new and formidable player to the Oil market.

All the price factors mentioned above, in addition to Russia's high dependency on oil proceeds and the current Crimean situation are of long-term nature. This would lead us to believe that, for the near future at least, Oil would be priced at market price. Market price would imply a higher volatility, and lower the investment in the Oil extraction and refinery industries, leading to negative or stagnant growth in GDP for countries that highly depend on oil revenues in their product mix.

The present paper discusses the effect on GCC countries as main donors for emerging markets like Egypt and other developing countries in the Middle East. As oil exportation accounted for 38% of GDP for Saudi Arabia, 27% for United Arab Emirates (UAE), 57% for Kuwait and for 27% for Qatar as per OPEC Annual Statistical Bulletin 2015, a 68.8% drop in oil prices down from 107.67 US$/b on December 2013 to 33.64 US$/b on January 2016 would have negative effects on GCC countries' financial positions. Empirical observations show that the GDP growth for oil exporters is positively correlated with oil prices evidenced by a number of oil price drops ending 2008/2009. The massive Oil prices drop and the uncertainty surrounding the recovery period would certainly have a negative effect on the aid-providing abilities for the above mentioned countries.

The geopolitical and economic situation supports the fact that Oil prices will not return to 2013 figures soon. In fact it might take a decade to see a barrel sold for 100 US$. GCC countries depend heavily on Oil extraction and export proceeds in both growth plans and to support governmental expenditure. Also Investment in Gas and Oil Industry might not seem as attractive as it did before due to high volatility in oil prices. World Economic growth rates are expected to flatten for the next period creating stagnant demand for oil. On the other hand, most GCC oil exporters expressed their intentions to diversify their economic activities and leave the one product economy zone. Large reserves and lower subsidizing will hedge against recession yet the unclear vision will certainly affect the spending policy of major oil exporters in the Middle East.

Since the 2011 Revolution that resulted in the ousting of former president Mubarak, Egypt's economic welfare has faced a number of serious challenges affecting the life of 90 million Egyptians. Inflation, high unemployment rates, the subsidy system, lack of political stability and the currency valuation system were the most obvious barriers. The GDP growth went down from 5.1% in 2010 to 1.8% in 2011 and maintained very low growth rate for a developing country to reach 286.5 billion US$ by end of 2014 as per World Bank Data. The fragile political situations hazard the government ability to stop subsidies or fairly price the Egyptian Pound (EGP) to minimize trade deficit. In fact the new military-led government announced an ambitious economic reformation plan to avoid recession and gain more credibility. Among the announced projects were Suez Canal development project, New Capital and the Egyptian Economic Conference on March 2014 to attract new foreign investors.

It is noteworthy that although the Suez Canal bypass became operative in August 2015, yet the Canal proceeds dropped to 449.2m US$ in October 2015 compared to 482.3m US$ in October 2014 as per the latest figures issued by Suez Canal Authority. It is arguable that this drop may be attributed to several reasons, some of which are relevant for the purpose of the present study, such as the weak growth in the world’s economy affecting trading activities and consequently having a negative impact on the number of vessels passing through the canal and their cargo.

The economic conference that took place on 13th – 15th of March 2015 is yet to be judged; it was a success on the political side but it is too early to evaluate the economic effects as these are mostly represented by memoranda of understanding and agreements concerning other future projects. Notably Egypt received aid of 12.5 billion US$ from Saudi Arabia, United Arab Emirates and Kuwait. The aid was divided equally between investments and deposits in the Egyptian Central Bank. The amount of aid received reflected the strong support of the mentioned countries to the current Egyptian government and their readiness to pay for its support. Decreasing oil prices and the engagement of Saudi Arabia and UAE directly in Yemen war and indirectly in other regional conflicts like Syria and Iraq would raise questions about the continuity of such huge aids for Egypt and other developing Arab countries.

The largest source of the 798 billion EGP (101.91 billion US$) foreign currency proceeds for Egypt as for fiscal year 2013/14 is the remittance from Egyptians working abroad (130 billion EGP = 16.6 billion US$), representing 16.3% of total Proceeds as per Egyptian Central Agency for Public Mobilization and Statistics (CAPMAS). Out of that, 80.5% is transferred from workers in the GCC area. This indicates that any unfavorable economic condition caused by the oil price depreciation would directly affect Egyptian Economy through the decreasing the remitted amounts feeding the economy with needed foreign currency proceeds.

To conclude, the research highlighted the different factors affecting the oil prices and the lack of control over the price of Oil from major exporters. How the decreasing oil prices may jeopardise Egypt's economic stability and undermine its growth even though Egypt is a net oil importer. The challenges facing Egyptian economy are great, yet the Egyptian people's ambitions are sublime. The fact that financial aid and donations imply high volatility leaves no choice but to focus on the national potential and increase production through other means that are mainly controlled by Egyptian people. Democracy and social justice are important pillars to boost the economic growth and stability. 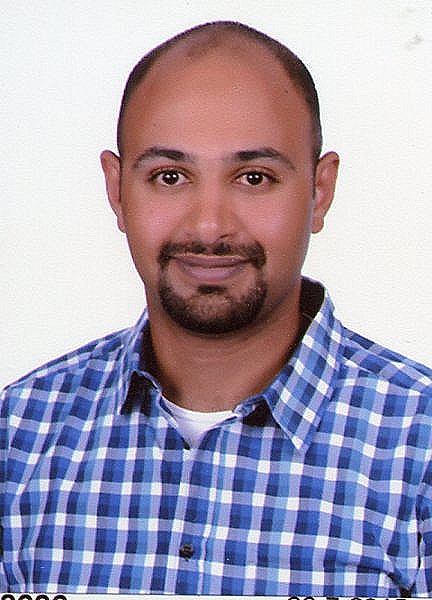 I started a year ago with tutoring my colleagues. I am an Egyptian Banking professional with accounting and finance background, Masters in Financial risk management from the UK with distinction.