Elocution is skill of expression of speech, clear and distinct pronunciation and articulation. It is formal study of pronunciation, style, grammar and tone of speaking. The term elocution broadly exhibits the style of one’s oral delivery of language or speaking. In public speaking it is particularly used in reference to an orator’s style of oral delivery. During 1700s, elocution was considered as an art form or as a formal discipline which includes five integral principles which are articulation, accent, inflection, voice and gesture. Articulation refers to sound of speech with much attention on pronunciations. Accent refers to emphasis given on particular word, part of sentence or sentence of speech in comparison to less emphasis on other sentences of speech. Infection refers to tone or pitch of speaker’s voice and modulation of these. Voice specifically refers to clarity, quality and effectiveness of speech which is being spoken or expressed. Gesture refers to movements of any body part with speech in order to make speech more expressive.

During the eighteenth century elocution had emerged as a formal discipline and with the great contribution of Thomas Sheridan, who is known as an important figure in the world of elocution study and his huge interest in teaching of elocution made elocution an important part of school curriculum. In 1761, Edinburgh also marked his influence in emphasizing elocution which can be seen in his lectures. 18th century also showed another trend in western classical rhetoric, orators were trained to deliver proper diction and also how to use gestures properly and much attention was given on stances and dresses also.  But with the end of 18th and beginning of 19th century elocution took a new shape and became a fashion by that time because of its ideal beauty, elocution was very much considered as a class standard and fashion. Elocution also showed its importance in plays and children study.

Elocution in general has not changed the world of higher education but also oration through the medium of great teachers and speakers of rhetoric who have influenced elocution history more than our imagination. As verbal oratory was the only means of influence before the today’s mass media came and with improving technology the pedagogy of public address is constantly changing. Over the time oral skills became crucial element of higher education as its contribution in society grew more and more influential and valuable. In fact in ancient Greece, an individual has to be a skilled orator in order to be a citizen of Greece.

During 18th century, the elocutionary movement took place in Great Britain which focused on oral delivery of alphabets which proved very beneficial to both liberal education and phonetic qualities of speech. Along with this much attention was paid on physiological aspects of pronunciation, the art of oration and the anatomy of the vocal organs. Elocution was considered as a passionate expression of love, care, thundering and etc which cannot be expressed by words alone. Gestures also play a vital role in public speaking as external demonstration express the inter working of mind.

Elocution is an art, art of delivering what’s in mind, expressing own emotions and thoughts or thoughts or sentiments of others and to convey and express in such a manner that leaves an impression on listener’s mind. Elocution is not only delivery of words but expression of feelings, thoughts and imagination in other’s mind. Elocution has a great importance in education, society as well as for individuals as it is a clear and concise manner of speaking. The term elocution is derived from word ‘eloquent’ which means skill and easy communication of thoughts and ideas. Elocution is not only concern with proper diction but also it has become a fashion now. It focuses on properly using voice and for this there are professionals who provide speech therapy. The people who provide such speech therapies are called as elocutionist. Their aim is to correct speech of learners as well as improving pronunciations, voice quality and also pay attention on gestures. Elocution is now so important to child’s education that it has become an integral part of school syllabus. The aim of elocution is to bring beauty to speech and therefore several lessons on elocutions are taught to children as well as various competitions are held in order to encourage importance of elocution in children 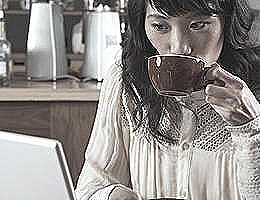