Explore the impact of copyright law on (any genre(s) of) music.

Issues of copyright long precede laws and acts which have been put in place to protect artists and composers from music theft. Parody and imitation in Baroque music for example was standard practice as composers openly borrowed musical ideas from each other and executed them in their works. Over time, the extent to which classical composers have imitated each others’ works has reached new levels as we continuously hear complete replicas of historic pieces. Take Dmitri Shostakovich for example and his 24 Preludes and Fugues, Op. 97, and compare them with J.S. Bach’s The Well Tempered Clavier. Divided into two sets of twenty-four, The Well Tempered Clavier presents a prelude and subsequent fugue in each of the major and minor keys of the chromatic scale. Composed over 200 years later in the mid-twentieth century, Shostakovich’s Op. 97 follows the same idea (differentiated only by the fact that it exists in one set, not two) as it also presents a prelude and fugue in each of the major and minor keys of the chromatic scale. In his thesis exploring contemporary music sampling and copyright legislation, John Lindenbaum explains “[m]ost music is as much an amalgamation of previous music as the creation of a new art form”.

The practice of borrowing ideas, motifs, or thematic material from deceased classical composers is legal under current legislation as copyright protection laws and patenting specific to music were not set until the twentieth century; composers prior were therefore unable to copyright their own works. In order to fully understand the complexities that arise subsequent to dispute surrounding music copyright legislation, knowledge of the history and philosophy of copyright is required.

In their chapter in Simon Frith and Lee Marshall’s Music and Copyright, Martin Kretschmer and Friedemann Kawohl recognise four key evolutionary phases in the ‘modern copyright paradigm’: (1) the proto-copyright of crown privileges and letter patents which developed in the late fifteenth century, (2) the ‘Battle of the Booksellers’ in the 18th century which led to the subsequent assertion of copyright as an incentive with relation to the production of cultural products, (3) the development of author norm, associated with German Idealism philosophers later in the 18th century, and (4) the statutory construction of abstract works in the 19th century. Although each of these phases were in some way responsible for the development of contemporary copyright laws, the most significant date among these phases was 10 April 1710, as it marked the first official establishment of any copyright law.

Known as the Statute of Queen Anne, this law was significant due to its impact on the establishment of various copyright laws throughout Europe, and subsequently around the world. The initial term of protection under the Statute of Queen Anne was fourteen years, eligible for renewal once. This has since been updated and current copyright law under the EU (Berne) Copyright Duration Directive states that ownership lasts seventy years from the death of author. The UNSECO Culture Sector explain, “[w]ith the increase in life expectancy, the duration of protection has been constantly extended”. Despite the fact that continents including Europe and North America have extended the duration of protection to seventy years, international law states that terms of protection are “at least 50 years after the death of the author”.

The complexities associated with copyright law deepen when cultural works are taken, compromised and used in an unconventional manner. As it stands, there is no set law pertaining to the protectoral needs of traditional cultural expressions of music; copyright issues in relation to traditional cultural and folklore music are therefore heavily debated, with many cultural scholars and ethnomusicologists advocating for a change in legislation that would be inclusive of such music. In Thomas Greaves’ book chapter, ‘Tribal Rights’, Greaves states, “[e]xisting Western intellectual property laws support, promote, and excuse the wholesale, uninvited appropriation of [indigenous items]”. In their article exploring indigenous people and intellectual property rights, Farhana Yamin and Darrell Addison Posey expand on this as they write,

It is difficult to classify indigenous knowledge innovations and practices into categories of intellectual property developed for use by commercial firms in an industrial and           secular context because the lines between indigenous religious, cultural, business,          intellectual and physical property are not as distinct or mutually exclusive.

Under current legislation, in order for a work to receive copyright protection, it must exist in a tangible form. When traditional musical practices are filtered into the equation, major problems arise because they are often intangible, existing only in oral form as they are passed down through generations. Luo Li explains, “[the] production of artwork in indigenous culture can be best described as a process of reinterpretation”. I will now explore such complexities and how they have arisen in relation to the musical and oral traditions practiced by the Mande jeliw.

The West-African Mande jeliw practice and preserve historic oral and musical traditions which have been traced back to the establishment of the Mande empire in the thirteenth century. In Dr. Caspar Melville’s recent article ‘Valuing Tradition: Mali’s Jeliw, European Publishers and Copyright’, Melville explains that the jeliw are “custodians of Mande history, and play a primary role in [...] Mali’s extremely rich, and internationally famous, musical culture”. Alongside drumming and hunter’s harp music, the jeliw are one of the three foundational musical traditions of the Mande world. When exploring the musical features and discussing the ownership of jeli repertoire, Melville identifies the two core elements of jeliw music as the song and the accompaniment. Lucy Durán expands on this affirmingthat accompaniments are repetitive, following a strict four, eight, or twelve bar structural pattern as they allow for improvisation among each of the instrumentalists.

Repetition and improvisation are customary in African musical and oral traditions - the spiritual candomblé ritual for example, practised by Fon and Yorùbá groups along the West-African coast, employ specific five-stroke and seven-stroke rhythmic timelines enabling drummers to improvise accordingly. In his application study of African Folklore, Steve Savage states, “[t]he distinctively African expression of musical repetition involves extended, small-scale phrase repetition and includes elements of simple variation through improvisation”. Through the video recordings referenced below, it is clear that repetition and improvisation are prominent the music of both West-African candomblé and Mande jeliw.

Two dominant features in the music of the jeliw, Savage recognises song and accompaniment and repetition as ‘hallmarks of African folkloric music’, asserting that they have had major influence on American popular music for centuries. While the Mande jeliw may not have such had a large contribution specific to the impact on repetition within American popular music (based upon the fact that the jeli music places focus on the song and singer rather than the repetitive accompaniment), the exploitation of African folkloric music in general is a prominent issue as copyright legislation remains exclusive of folklore. Melville affirms the realities of these issues when he writes, “[m]any ethnomusicologists have expressed anxieties about the way copyright allows for the exploitation of African resources in ways that echo the colonial exploitation of Africa”. Ethnomusicologist and popular music scholar Simon Frith argues that in order to prevent such exploitation, one solution would be “to include 'folklore' within copyright legislation”. The solution is however not that simple and campaigning for such inclusion has been ongoing for years, with organisations such as UNESCO protesting for the protection of indigenous cultural productions.

The oral and musical traditions of the Mande jeliw, like many other historic oral and African folkloric traditions, are (for the majority) not protected, but rather excluded from current copyright legislation. As a result, appropriation and exploitation of African folklore is common as rhythms, motifs and other distinguishable features are frequently taken without showing any recognition to the origin of the source. Issues are further complicated when traditional African artists receive royalties for their own music as they resultantly exploit and commodify the very own traditions and historic cultural practices which they seek to preserve. Thus, as traditional African artists continue to achieve international success as they grow in popularity amid the global music market, the need for ‘fundamental reform’ with regards to a change in copyright legislation inclusive of traditional musical expression, is now, more important than ever.

Tang, Patricia. "Mande Music: Traditional and Modern Music of the Maninka and Mandinka of Western Africa." Research in African Literature (2001): 198-199

Antonio Vivaldi and George Frideric Handel are two examples of composers from the Baroque era who are known to have borrowed thematic material and musical ideas from other composers from their time; George Buelow, ‘The Case for Handel’s Borrowings: The Judgment of Three Centuries’, in Handel: Tercentenary Collection, ed. by Stanley Sadie and Anthony Hicks (London: Palgrave Macmillan, 1987) pp. 61-82 (p. 61).

Melville argues that some jeliw have been able to “build international careers and to accrue the prestige and knowledge of how copyright functions”; Valuing Tradition, p. 12.

Senegal born guitarist and vocalist Baaba Maal rose to fame in recent years as he toured with Mumford and Sons and featured as the main vocalist on the soundtrack for Marvel’s 2018 film ‘Black Panther’. 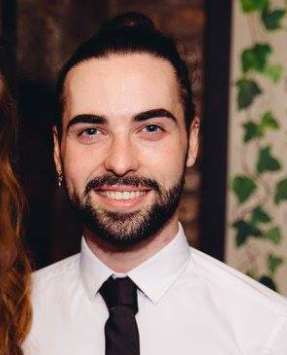 Conor achieved his Bachelor of Music from King’s College London with First Class Honours in 2018. Upon completion of his studies, he attended Brevard International Music Festival in North Carolina where he worked closely with esteemed pianists Michael Chertock and Norman Krieger, .... Read More