Wellbeing of the Musician

Every musician has experienced muscular pain caused by playing an instrument at least once in his or her life. As they are required to constantly compete with more highly skilled musicians, they need to practise for many hours in order to become the best musicians they can be. Sometimes they will not be using an appropriate technique or position, and will need to deal constantly with muscular discomforts that, if ignored or treated in a wrong way, can end up in an injury. Not only over-practicing, an incorrect posture or a bad technique, but stress, anxiety and other negative psychological factors can cause an injury.

Musicians are constantly under a great deal of pressure, as they need to engage in many activities where their skills are really exposed, such as performing in front of a large audience, playing their best in an instrument lesson, or being able to play an orchestral solo properly so that the conductor won’t get angry at them! As an example, Alicia de Larrocha admitted that she gets so nervous before a concert to the point of wishing for an earthquake so the performance cannot go ahead.

All this stress and pressure affects the body’s behaviour: blood vessels become constricted, blood pressure and pulse rise, breathing becomes faster, and the bloodstream is flooded with hormones such as cortisol and adrenaline. In large quantities, these can cause heart problems, obesity, Alzheimer’s disease, diabetes, depression, gastrointestinal issues, asthma, an acceleration of the ageing process, and provoke premature death. Therefore, it is not surprising that stress is directly related to physical injuries: the body is misbehaving, and among other issues, blood cells are not bringing enough oxygen to the muscles and joints, so these become weaker and easily damaged.

When injury happens, the musician will need to quit playing until he or she gets better. This is almost never good news, and there is a great range of different reactions to this situation. Some musicians view this challenge as a complete disaster, as they can’t continue with their regular activities; some consider it a relief and an excuse to have a break, or even to quit definitely. Paco de Lucia, for instance, who had a massive hand injury with a fishing harpoon, tells that he felt relieved for the first 48 hours, but afterwards started wondering if he could ever play again; Django Reinhardt overcame his famous third and fourth left hand fingers burst lesion by carrying on playing with the first and second fingers, drastically improving these skills.

Accepting one’s new situation after the injury can be quite a long process for some people, and demands a whole process of acceptance. Certain studies claim that the sense of loss and subsequent acceptance process that an athlete – and here, musician – feels when injured, can be very similar to what people who are told that their life is ending will experience. This is demonstrated by the Swiss-American psychiatrist Kübler-Ross’s (1926-2004) model called the “Five stages of grief”:

Of course, not everyone deals with injuries in the same way, and not necessarily in this order. Rather, many experiences several of those emotions at the same time, or go back to some stage they have already been through previously. The timing is different for every person too. Diane Wiese-Bjornstal, a professor of kinesiology at the University of Minnesota and leading researcher of injury psychology, says that if the injured athlete – or musician, can recognise each stage, and work actively to move through each one, he or she will heal faster.

Even though every person experiences the injury in a different way, there are three general categories of response we can expect to observe in each person:

The need to refrain from practise for a certain period of time –longer or shorter depending of the severity of the injury, is not easy for any musician, and the tendency is to experience a wide range of negative emotions:

Being a musician, as being an athlete, requires dedication, determination, and passion. They devote great part of their time and life to practice, to the point that it becomes an important part of their identity. Getting injured, then, is a traumatic experience: they are required to stop doing what they love and need to do, so they lose a great part of their positive self-concept, together with the control of their own body and lives. As they can’t exercise, they will ask themselves if they are even still musicians.

The injury represents a great change of routine, as now the daily hours devoted to practice are a vacuum, and the musician does not know how to fill this whole time anymore. According to Smith (1990), for some athletes – and either way to most of the musicians, practice is a way to cope with stress, and now that they cannot practice, there is no way to remove it from their daily lives.

Another factor to count on is that the musician will need to stop working with his colleagues for a while, and will experience social isolation; as sometimes the injury is accompanied by a feeling of shame –it is difficult to recognise their mistake, and they feel guilty for not being able to play – some injured musicians segregate themselves even more.

The hours invested on the musical activity influence the injured musician’s emotional responses too: those who are more involved present more psychological problems and more difficulties to recovery, as music represents a larger part of their lives. Some of the latter may experience what is called “signs of poor adjustment to the injury”, characterised by the following symptoms:

If a teacher, coach or relative observes some of these symptoms in an injured musician, the individual should recommend the musician to seek some external assistance, such as that of psychologists or therapists. The role of the people around the injured person in general is vital. We have all heard of teachers or parents who encourage the student to carry on practicing and ignoring the pain, or making him or her feel ashamed and guilty of his or her condition –he or she is complaining about the injury in order to skip the practise, or has not been practising properly, for instance. The student is seeking guidance from the instrument teacher, as a role model, and moral support from parents and friends. Then, he will need them at his side, prepared to encourage him to take the necessary steps to get better and heal his or her injury.

People around the injured individual do not always behave in the best way. They sometimes overreact and show great concern to the point of treating the injured individual as a handicapped person, or even avoiding speaking to the individual for fear of saying something inappropriate that makes him or her feel bad. Sometimes they may not believe the injury is an actual problem, and get angry when the injured person cannot join in their usual activities, such as rehearsals or performances. None of these approaches help; they should understand that the injured musician is experiencing challenging times, and needs time to recover, but as well that it is just a temporary situation, and that he or she will be fine and ready to catch up with normal activities once the injury is healed. He or she will need to feel that there are people at his or her side, and to feel free to talk about his or her feelings with respect to the injury.

Everyone who has been trough an injury knows how hard it is to acknowledge reality and begin recovery, but there are some steps that need to be done in order to overcome it. The first step, and for some people the most difficult one, is to face his or her teacher and explain what is wrong; this may be awkward because it may mean admitting that the student did something wrong, maybe for years, an that is why he or she got injured. The student fears the reaction of the teacher too, but it needs to be done, and most of the times, is not as hard as the imagination figures it will be. Something that most musicians will do is analyze where the mistake is, trying to figure out what exactly caused the injury, and work to determine a single motor action as responsible for his problem, but normally the injury happens by a combination of different moves, so it needs to be analyzed in a global way.

It is quite tempting to try to self-medicate, but that should be avoided. The injury will not get better until the right medicine and routines are taken, so once the injured musician finds out that something is wrong, he or she should seek professional help, such as physiotherapy, among other methods. There are many different paths to cure an injury, but the musician should choose one, and once started, should not mix it with any other one. If that is done properly, the injury will gradually become better, the pain will start to disappear, and the musician will be able to start getting back to the instrument. He or she should go back to it very gradually, trying not to force his muscles, and trying to change those moves and positions that are known to cause injury.

This entire process can be extremely stressful, and the musician will feel the need to seek ways to overcome that stress. A good way to fight it is to enjoy a sport, as it is a healthy way to release tension, and increase self-esteem and fatigue tolerance – so muscles will get stronger against the injury. Everyone has felt at least once the excitement of a good run. The heart beats go faster, the adrenaline runs through your veins, and the satisfaction of doing a beneficial activity for your body makes you laugh with joy and freedom! 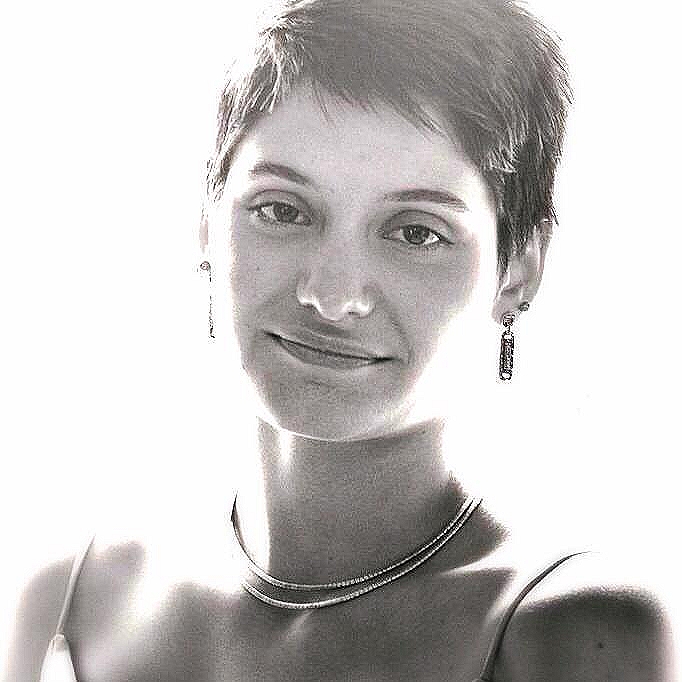 Enthusiastic harp teacher based in London with six years of teaching experience in levels from beginner to advanced. Grounded on classical, but able to help with other styles, and always happy to conform the lessons to suit the student needs.