Only the Lonely: Social Media and Friendship

An article looking at how social media in the modern age is changing the way people relate to each other within friendships.

Only the Lonely Good friendships support self-esteem and good mental health, but they need to involve shared experiences and activities outside of online networking. “Only the lonely know the way I feel tonight.” Roy Orbison expresses not just the pain of a relationship break-up in these lyrics, but also the question of how and where friendship fits into contemporary Western society.

In The Nicomachean Ethics, Aristotle describes three types of friendship – those which have a utilitarian or useful purpose, those which provide pleasure, and those which have an inherent moral rightness or ‘goodness’ to them. The first two are destined to expire when the circumstances of one or both individuals changes, for they serve a self-oriented purpose, but the third, he argues, forms the foundation to a nurturing, enduring bond between two people which transcends life’s testing and changeable nature.

Modern vs. Classical Definitions of Friendship Online social networking has redefined, or indeed even deconstructed Aristotelian “classical” definitions of friendship. The boundaries around what makes and unmakes this multi-faceted relationship have become so porous that an individual can now literally count their “friends” into hundreds or even thousands, without having shared a single conversation. Aristotle, who argued that friends cannot truly know each other until they have “eaten salt together, “would surely shudder at the thinness of these connections. To “eat salt” points not just to the literal sense of sharing meals together, but also to the cementing of friendship through sharing the salty flavor of tearful life experiences.

Translate this onto modern urban society, and Aristotle might measure a close friendship by whether it takes place in a homely sense around a kitchen table, or over a hurried coffee (“mwah, mwah dahling”) in a trendy café bar en route between work and home. Twenty- and thirty-something’s now invest more time in the roll-on, roll-off dating scene than ever before, afraid of committing themselves in case there is a potential partner who is closer to “perfect” just around the corner.

Why Friendship is Vital to Well-Being Friendship is the obvious casualty in the modern frenzy to make money, maintain a perfect body, find the perfect partner, and acquire all of the other possessions that are pitched at a society made to feel imperfect without them. And yet, the impact on self-esteem and mental health owing to a lack of friendships is considerable. The Mental Health Foundation has found that “friendship is good for a person’s mental health because they can form one of the foundations of our ability to cope with problems that life throws at us.”

In Modern Man in Search of a Soul, Swiss psychoanalyst Carl Jung writes that “the meeting of two personalities is like the contact of two chemical substances: if there is any reaction, both are transformed.” Friendship makes it possible to know oneself in a deeper way, through what is reflected in the relationship between the two personalities. Friendship fosters generosity, bolsters self-esteem, and provides a discreet listening ear for the sharing of secrets.

Ray Pahl argues in his study of friendship that “it is not friendship per se that is important, but rather the trust, security, feelings of self-esteem and feelings of being loved for one's own sake that flow from it.” A Physical Space for Friends If this potential for transformation is to be realized, it needs space in which to germinate. Cyber-space counts for something, but not all. Similarities are identified, mutual mores and values are established which draw a chalk-circle around the nascent friendship, a virtual boundary that has yet to be filled in and made solid.

M.E Doyle and M.K Smith point out that “friendship needs time, space and material resources to develop and will be impacted upon by the particular social environment and setting in which it arises.” The friendships formed through working the land together in traditional agrarian communities will have a different flavor to those formed through nightly contact over a pint of ale in a Working Men’s Club, and yet the sense of a bond being forged through time and sharing will be common to both. It is this strand of personal contact that is already becoming a nostalgic feature of a “bygone” time, replaced with virtual online chat and hurried text messages on route from work to the gym, or to the next disposable date. In a society that increasingly embeds its relationships into virtual and electronic spaces, friendships remain a necessity, indeed a life-source. If wellness is to be maintained in the contemporary West, friends need to be re-established in actual locations of time and space. Humans are by nature gregarious, social creatures - it is possible to keep the rumble of loneliness at bay by sharing the salt of dinner and of sorrows. 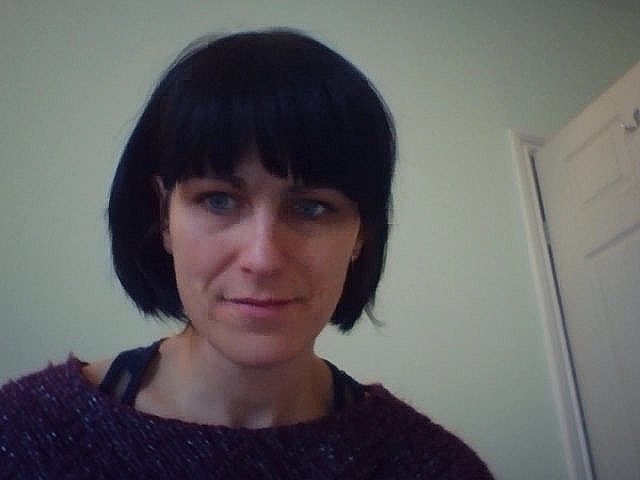 I have a friendly, down-to-earth manner. My PhD is in English Literature and I love teaching the arts and humanities. Previously my career was in general and mental health nursing, so many of my students also come from nursing and Health and Social care backgrounds.