Despite what is usually said, there is little scientific evidence supporting the notion that prodigies, savants or geniuses are born. In fact, most often there is good and justified reasons for the gifts they possess, the reoccurring and prominent reason usually being practice.

Wolfgang Amadeus Mozart is a classic example: hailed as a prodigy and a ‘natural’ genius Mozart was accredited with innate talent. It was overlooked that his parent: Leopold Mozart was a talented composer and musician and heavily influenced the young Mozart’s career choice; demanding hours of practice every single day. Success in academia not complex however, it is by no means easy.

Revision is key. Not the standard, reading of books for hours upon hours but stimulating, challenging revision. It has been shown that the best way to revise is through rigorous and repeated success and failure. Yes, failure. This takes advantage of ‘the reward pathway’ – an essential system for learning in the brain. In short, failure followed by eventual success can lead to the release of dopamine (among other hormones such as endorphins) which cause not only a feeling of satisfaction but can help cement a memory making future recall easier.

Another key aspect of revision is that it must be challenging – repeating what has already been learned will not increase skill at any particular task. Do not spend the majority of the time revisiting what is already known. Instead add to this knowledge and continue to increase the difficulty until failure. This causes an increase in what is known as brain plasticity; the rearranging of connections to cope with the newly created demand (Kilgard and Merzenich, 1998). Once revision is being done correctly, the next step is to make sure it is done regularly. It has been suggested that to reach a level of mastery which is considered ‘genius’ it may take up to 10,000 hours of practice over around 10 years (Shenk, 2010). This may not be practical for everyone, but the point is that regular and sustained practice is ubiquitous in all high achievers.

In many academic institutions, particularly throughout GCSE and A-Level there is still importance placed on the memorisation of definitions. These ‘bite-sized’ word for word definitions still crop up and despite usually contributing a few extra marks may become significant when added together. This will never be an exciting exercise. It can be made easier however. Memory experts and magicians often use associative memory techniques for information such as this. In short memory association works in two ways firstly: grouping together information into manageable ‘chunks’ then attaching these chunks to a previously memorised piece of information. For example: taking a list of numbers: “184819992014” and breaking it up into three years: 1848, 1999 and 2014. Another example could be done with a definition: “Tropism is a growth movement towards or away from a stimulus such as light, gravity or moisture” a student could then imagine the plant in their dining room for example pressing against the window – and then imagine a piece of paper with the definition on it next to the plant. This method keeps the same amount of information but as one single image instead of several facts, making recall easier.

The average attention span is estimated to be around 10-40 minutes (Cornish et al., 2009) and may be even less for younger children. Despite this, we seem to have an educational system built on lecturing and classes which can be up to 3 hours long. Now this can ONLY be effective if there is variety to re-focus attention. To clarify, variety can be attained through the use of different teaching or learning methods; switching between talking, videos, games, tests/quizzes and discussions. Regular breaks may also be needed if appropriate.

As well as the reward of success it is important to reinforce when a student is doing well. Without an immediate benefit for hard work, it is likely even the most dedicated will become disenfranchised. Therefore it is the role of a tutor and anyone supporting the learner that they are praised for their efforts, rewarded when they improve and MOST critically; rewarded when they persist in the face of failure (as mentioned earlier, repeated failure followed by improvement is essential in learning).

Finally, reward will come with improvement. Better grades and opportunities will quickly become its own reward which will then form the basis of a ‘feedback loop’ of hard work followed by reward; a loop which may last a lifetime. 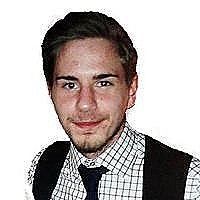 I have recently completed my Master's in biomedical sciences and have decided to tutor. As I have recently been though the education system therefore I already know its strengths and pitfalls. I am friendly, knowledgeable and thorough teacher who can work with any student of any level. .... Read More