Vision: Our vision is to be the global steel industry benchmark for value creation and corporate citizenship.

Keeping the vision of the company in mind, the values incorporated in the corporate culture, i.e., integrity, understanding, excellence, unity and responsibility and the principles of the founder Jameshdji Tata of giving back the wealth generated to the society, this are the few things TATA Steel group should keep in mind during the change management process with the synergy associated with the German company.

The foremost thing to be done is to bring a leadership style which suits the synergy. The German and TATA culture of working has to be synergized in order to bring a change in the acquired company. The champions need to be identified and given incentives to stick with the company and be a part of the change movement. A strategic long term planning has to be taken into consideration to make sure the strategic vision of the company is realised and the added value is generated which can be transferred to the shareholders and the society. A proper balance between cost and growth synergies has to be maintained for the company to grow. M & A involves an added value. It has to be properly captured by managing the synergies of the two companies. A corporate governance ordinance should be looked upon which determines the level of governance of the companies involved, the key people who will take care of the company and the synergy. A proper role should be assigned to the all the key personnel with a time line. The hierarchy of the company should be restructured in order to suit TATA and its governance.

A joint Integration team has to be set up which decides upon the level of the integration, the consolidating of the duplicates and identifying the core competence of the company and working towards developing it. The culture of the people has to be taken care of. The German culture has to be respected and taken into account for various decisions. The Indian and the German cultures are very dissimilar there is a stronger chance of resistance from the people involved in change process. This brings a great need for definite decision, including detailed instructions from TATA. Decisions must be prepared in detail and be made at or shortly after the start of the integration with various stakeholders explicitly being included in the process. The change desired should be properly communicated with everybody involved in the change process.

The Stake holder has to be managed shrewdly based upon the level of their influence. A proper stake holder analysis must be done which includes all the stake holders involved including the employees, government, supply chain and even the families of the stake holders which play an important part in a change process. An aggressive target has to be laid out well in the beginning so that the company doesnâ€™t become overly conservative and relax after the acquisition. The Company has to look at the track record of the previous employees of the target company and retain the key people and manage any conflicts of key people involved.

Another major thing that a company need to focus on is the risk management. The risk on the daily basis, during the post merger integration process has to be identified and classified based upon the severity and then dealt with it. A risk log has to be created identifying the impact of the risk and the management action to be taken in case the event occurs. A person from the integration team has to be assigned to each risk that is possible. It is also vital to see the impact and the probability of the risk and if there is a high probability of having a particular risk with a high impact, the event should be dropped which begot the risk. 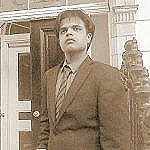 5+ years of experience leading teams of 10-40 staff members. Managed 30+ projects ranging from $100K-$50M in budget. 200+ hours of presenting and training on a wide variety of subjects including innovation, teamwork and project management