Kit Kat marketing campaign was initiated in pursuit of declining phase from 2010 to 2015 where the sale of the product decreased by 10.3%. The future prediction of management revealed that it could further decline by 9.3% in next five years (Nestle, 2015). It is not only the scenario of Kit Kat rather the entire chocolate market was in decline. The anticipated result of this campaign revealed in the figures given by IRI data according to which by the end of Nov 2015 the sale for the years was £194m in comparison to £186.7 million in the same period a year ago. It was first time since the launch of Kit Kat 80 years ago that its wrap got redesigned. In addition to this the logo on the wrap changed that reflects the different ways consumers spend their breaks, especially the one logo with “YouTube my break” got immensely popular among customers. The increase of 3.9% in sale means that Kit Kat marketing campaign is on its way to attain its desired targets. Kit Kat campaign targeted global customers and was first ever global marketing campaign by the business. This marketing campaign aimed at associating Kit Kat with the breaks people are having such as coffee break thus the entire focus was making Kit Kat as part of people break time. The way Kit Kat utilized different media for its marketing campaign made it a huge success such as use of Facebook, YouTube, Tumbler and Twitter. Social media is one of the main tool used by Kit Kat marketing campaign and it proved to be strategic move as the message of the campaign spread all over through social media especially the role of Facebook was exceptional.

Marketing can be done for certain area or for certain class of people but at times it is necessary for the business to address entire market because the image of the brand has to be transformed. Audience can be targeted on the basis of geography or demography, the demographic audience is one that has distinctive trait and social classes whereas geographic audience is on the basis of area they belong to (Pinson and Jinnett, 2008).The marketing tools available at present also makes it possible for the businesses to address people from different geographical backgrounds to be part of the marketing campaign. Chocolate is normally associated to kids and young one’s but in reality it is a product that is used by everyone old or young.

Kit Kat marketing campaign targeted people of all age but the main focus was one adults who are of the need to have a break because they are working or going to institute for study. The claim to make Kit Kat part of the break is for all those people who could have taken a break. Kids are also targeted by the campaign in some of the tools of the campaign robots were used and they are mainly included to attract kids thus the target of the marketing strategy by Kit Kat could be everyone including kids, adults and even elderly people.

In case of geographical distribution then marketing campaign was first launched in Europe but it didn’t end here rather in stages campaign got launched in Middle East, China and other parts of the world. One of the tool utilised by Kit Kat over rides these geographical limits, some of the limited edition range of Kit Kat are available only in Europe but the YouTube video included everyone all over the world in the marketing campaign as everyone watching the video can get message from new range of products. Physically there could be limits to the marketing campaign when it comes to reach of all ranges of Kit Kat in different part of the world but when it comes to tools of campaign then they are aiming at everyone anywhere in the world.

Kit Kat marketing campaign brought quick results for the business, the effectiveness of marketing strategy is evident from a fact that Kit Kat uploaded video on YouTube became the most sought after video of its time. In pursuit of new corporate strategy the business has aimed for digital advertisement where YouTube, Facebook and other social media tools were used by the business.

Kit Kat marketing strategy was to exploit all the sources available to the business such as some bloggers were hired who could help in promoting the brand at its most declined stage. Marketing industry overall was in slump in the last five years and this was the time when Kit Kat applied its marketing strategy with the aim to attain the attention of customers back to chocolates. Kit Kat aims at market penetration with repositioning of its product in terms of its outlook and presentation. The given strategy works well for the chocolate business because the change in wrapping of chocolate gives a feeling as if something new is presented by the business. The market penetration is evident from the fact that Kit Kat had used YouTube as a source of marketing where YouTube access is almost all over the world thus the way Kit Kat pursued its marketing plan means it aim at entering in the mind and thought of every existing as well as potential customer (Jarboe, 2015). One of the correspondent from Nestle stated that “Everyone breaks in a different way, whether it’s taking a walk or watching a movie. The campaign is about celebrating all breaks and encouraging people to take them, as they have a positive impact on people from a wellness perspective (Millington, 2015).” Kit Kat was known for rejuvenating its customers and this is the reason for changing wrap of its products so that again that rejuvenating feeling can be given to customers.

Marketing through new range of product gives a new life to business, this promotional tools was part of Kit Kat campaign. Kit Kat launched two new products as limited edition, it includes Kit Kat 4 finger vanilla and Kit Kat chunky extra chocolate (Wood, 2016). The aim of launching new products was to apply publicity, in addition to this business aims at generating more sale and to give something new to customers, it was well planned aspect of marketing campaign and businesses like Kit Kat generally get benefit of it.

In marketing campaign the product is also presented in new way to give a refreshing touch to the product. Sales promotion has to be performed by offering something new to customers such as Kit Kat launched new wraps for its products to give a new face to its product. It is one of the most common tool for marketing and it does help in increasing sales as well as attraction of product however, the sales promotion on the basis of price can attract more customers than simply changing the wrap.

YouTube is one of the most important tool for spreading the message as it is the most viewed website regularly by people. Kit Kat collaborated with YouTube to launch a video and to celebrate their respective birthdays, it was 80th for Kit Kat and 10th for YouTube. Collaboration with other brands increases the presence of product of Kit Kat and helps in attaining the targets of its campaign (Yashi, 2015).

Kit Kat has used few promotional tool, however some of the promotional tools could help in making the marketing campaign more effective for the business. The association of the marketing campaign with some event such as an event at local level or an event in the community center for the welfare of the local community could add to the community and to the brand at the same time (IMM, 2013). It is common for businesses to organize some events in the main market of the city where the brand can be presented and the activity of the event can become source of pleasure for the people visiting the market. Kit Kat could have organized a gaming event where the winner can have certain gift with the brand access to people in general as well as to those who would participate in the event.

Marketing campaign through digital sources can be tracked more easily than any other source in terms of that a business can understand the reach of message (Business Zone, 2011). If a business will upload a YouTube video then the number of views or likes ca easily tell how many people have accessed the video and thus to how many people the overall message has been conveyed. On the other hand the message through newspaper article cannot be tracked to precision in relation to its reach until and unless the overall effect of the ad comes in the form of increase in turnover.

The digital element in marketing campaign is a need of time as the way transformation occurred in life of people it requires transformation in the way they are supposed to be addressed by the business. People prefer to use mobile apps for news and other information than newspapers itself. Having a mobile app can create more effect on customers than information in the newspaper. In 2014 more than 90% adults use online sources thus it means accessing them could be more effective if its done through digital sources (Forbes, 2014). The current time is digital age, a business that will not consider this crucial element could end up in expenditure on the market campaign with less effectiveness therefore marketing campaign should have digital element incorporated in it. 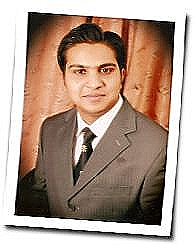 In terms of academic qualifications, I have an accountancy and finance background with further specialization (MSc) in Finance and Risk Management and MSc in Professional Accountancy. Throughout my educational years, I have been a distinction holder. During my MSc degree in the UK, I ha.... Read More