" Although many fine players have honed their skills within these walls, guitar recitals on RNCM premises have never been frequent. Nor do they tend to be vigorously published. Not for the first time, it was an email from the performer rather than the venue that alerted me to tonight’s proceedings.

I’m glad he took the trouble, for it was clear within the first few bars of Songe Capricorne by Roland Dyens that Andreas Moutsioulis, born in Greece but currently resident in Bristol, has much to offer. Equally engaging was Elogio de la Danza and yes, Moutsioulis made a decent fist of realizing the golpe against a bass note that we all struggled with when this piece first took off a decade or so after its creation in 1964.

Most successful were the settings of two songs by Theodorakis. If Maria Farandouri appeared on stage as a surprise guest, my evening would be complete. Following a tidy and rhythmic Sevilla by Albeniz, the nose-to-tail pairing of Farewell by Sergio Assad and Un Dia de Noviembre by Leo Brouwer proved surprising effective and generated some of Moutsioulis’ most classy playing. Even the ensuing Libertango by Piazzolla felt more inspiring than is customary.

A warmly received Mancunian offering from a guitarist whose migration to these shores is to be welcomed. 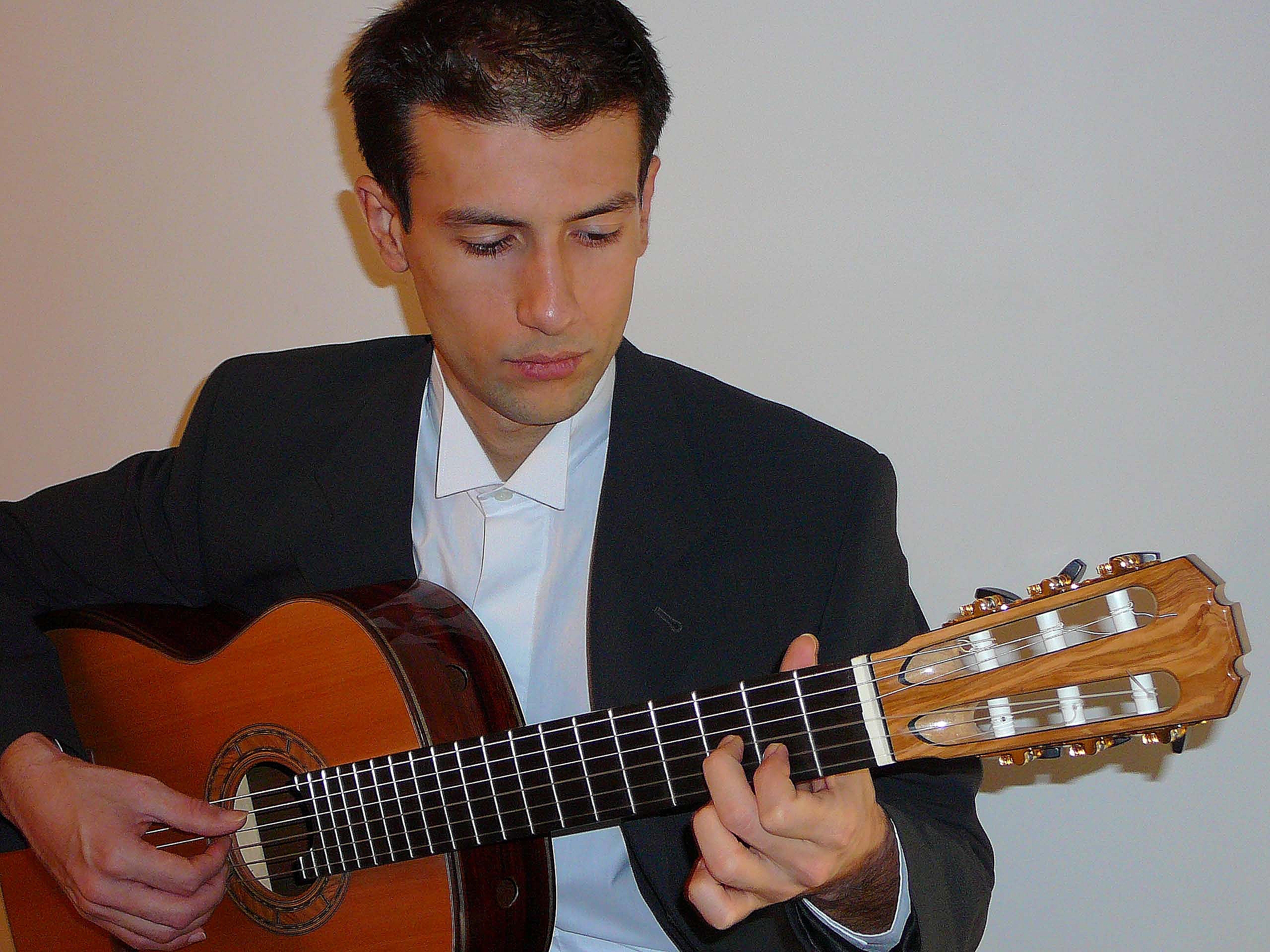