Despite of improved global financial conditions and reduced short-term risks, the world economy continues to expand at a subdued pace. Growth of the world economy has weakened during 2012 and continued to remain subdued in 2014. The global economy is expected to grow at 3.2 percent in 2014. Growth of world gross product (WGP) is now projected to strengthening to 3.1 percent in 2014. Several key risks and uncertainties remain same, and, if not diminish, could disrupt global growth again, as in the past few years.

To overcome the continued jobs crisis faced by many countries this growth pace will not be enough.  It might take at least another five years for Europe and the United States to build up and make up for the job losses caused by the Great Recession of 2008-2009 with existing policies and growth trends. To attend MDGS there is slower rate of poverty reduction in many developing countries and a contraction fiscal space for investments in critical areas.

Underperformance in the world economy is observed in almost all regions and major economic group. Developed countries economies still have to struggle hard to return to sustained growth and consequently the growth outlook of 2014 is very weak. High income economies gaining momentum in their recovery. These economics are expected to grow by 1.9% in this year and expected to increase by 2.4% in 2015 and 2016. Euro and United States economy is expected to rise by 1.1% and 2.1% respectively at the end of this year. But On the other hand on an average, developing countries – and also the least developed countries – will be growing at a much faster pace than both developed economies and economies in transition. Developing countries will therefore continue to be the main driver of global growth. GDP growth in emerging and developing economies as a whole is expected to decline slightly by 0.2 percentage from 4.9 percent in 2013 to 4.7 percent in 2014. The slower increase is primarily driven by China, China’s economy, for its part, is clearly slowing and projected to slowdown and growth rate will decrease from 7.7% in 2013 to 7% in 2014. Structural and policy challenges continue to evaluate heavily on China’s economic transformation, which creates a significant margin of uncertainty on the growth of these economies. Among the other emerging markets, Brazil and Russia, Central Asia and South East Europe are also expected to decrease in growth rates, while India, Mexico and other developing Asia are likely to observe a slight improvement in 2014, as compared to the weaker growth performance over 2013.

Global growth of Gross Domestic Product (GDP), adjusted for inflation, will rebound from 2.9 percent in 2013 to 3.3 percent in 2014. Across mature economies, the 2014 growth outlook has improved significantly to 2.0 percent growth in 2014, compared to 1.3 percent in 2013. Inflation remains benign worldwide. It has slow down in the United States and expected to remain below 2% in 2014 and even in euro-zone, inflation has slowdown and has dropped to1% which is matter of concern for the global economy.

High unemployment and continued financial deleveraging is the main reason behind the explanation for the lower inflation figures and unemployment rates remain a serious challenge for the nations worldwide, particularly for the euro zone where they reached record levels at 12.2 percent in 2013, but as high as 27 percent in Greece and Spain. Expected that Renewed GDP growth in 2014 to bring reductions in these rates in both Europe and the US, which may drop down to 7 percent. In the developing economies, there are only about dozen scattered countries like South Asia and Africa and few in the CIS throughout the different regions  whose inflation rates are above “10 percent, mainly due to rapid credit growth, localized food price pressures and structural bottlenecks such as energy shortages and on the other hand, most economies in East Asia continue to face tame inflation. Unemployment is however, major concerns for developing and emerging economies. There has been a assessable decline in private capital inflows to “emerging markets, a sub-group of developing countries”. And instability in these markets has increased with equity market sell-offs and local currency depreciation. 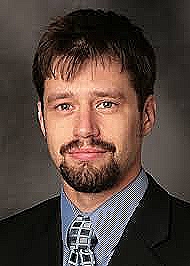 I am an undergraduate student studying at the London School of Economics (LSE) and I am an experienced tutor for Geography, Mathematics and Chemistry at A level and lower. I tutor students aged 12-18 and I have successfully improved or maintained the grades of all my students and I have.... Read More