Children begin to form specific attachments to caregivers at seven months, by this age Oliver had already passed to the care of Mrs. Mann at the baby farm and so had this critical relationship-forming period disrupted. A family unit requires three roles to be fulfilled: wife/mother, husband/father and child/sibling, Oliver experiences none of these, with the exception of a kind of quasi-sibling relationship with the other workhouse children such as “poor little Dick”, and Robert has a warped sense of them.

The circumstances of upbringing each character faces would be expected to have a significant effect on their development towards adulthood. Although some may consider Robert to be an adult at the time of his confessions he is inexperienced in self-sufficiency and therefore can still be considered as much a child as Oliver. To deal with Robert’s relationships first the reader is painfully aware that he has been taught to hate his brother and “father” (placed in quotation marks because it is suspected that Wringham is his real father) and to call them “all over spotted with the leprosy of sin”(97). These are people that a child is supposed to form strong bonds with so this is a very unnatural way for a child to develop. It may seem unfair to form such negative opinions of a father he did not know, but Robert was made well aware by his “shining light” of a mother that the Laird “disclaimed all relation and connection [with him]…save what the law compelled him to take, which was to grant [him] a scanty maintenance”(98). It is difficult to look kindly on someone who will not look on you at all. But Robert was lucky enough to have a father figure in the form of Wringham who gave him a strict education.

The Dickensian orphan maintains a picture in his head of his mother but oddly never refers to a father figure. He is fiercely protective of the memory of the former, a particular incident of this is against Noah when he calls her a “regular right-down bad ’un”, in fact it is the only time we see Oliver have a violent outburst, he “seized Noah by the throat; shook him in the violence of his rage, till his teeth chattered in his head; and, collecting his whole force into one heavy blow, felled him to the ground”(38). This action is doubly impressive when Oliver’s slight and Noah’s much larger build is taken into account. Oliver is not a wholly unique Dickensian creation as the writer often employed children of no established background in his novels to highlight the plight of the lower classes. Like Smike or Jo, Oliver is “denied the stability of a loving home…maltreated, bludgeoned by sarcasm…subjected to physical force, whippings and solitary confinement”, the only difference being that Oliver survives.

One might consider the different temperaments of Oliver and Robert in relation to their upbringings, and to consider the role of nature and nurture in the forming of a personality. The English philosopher G. E. Moore “insisted that the meanings of good and bad are given intuitively and cannot be defined in objective terms”(113). Yet both boys are dictated a warped set of rules that rather suit another individual’s wishes than a socially accepted model.

A man who is simultaneously teaching Robert to hate half of his family provides him first with “high conceptions and glorious discernment between good and evil, right and wrong”. Then, provided with moral exemption, Gil-Martin perverts his ethics further to persuade him that murder is correct, and Robert succumbs. Oliver is taught to blindly obey the parochial board who considered his very existence to be an offence “against the poor-laws”, and that this meant he deserved nothing more than “the tortures of slow starvation”. He also faces almost every form of deprivation, yet can only be induced to take part in a robbery at gunpoint. One might use the general philosophical definition that “aggression, exploitation, stealing, and arbitrary coercion, which interfere with the harmonious functions of society, are bad, and that restraint on these acts is morally binding on all citizens”(113).

This is certainly a vow Oliver lives by even when surrounded by thieves. When he first comes to London the boy joins in the games of Fagin, Dodger and Charley Bates, thinking they were innocent. But when he realizes they are practices for pick pocketing it sends “his blood so tingling through all his veins from terror that he felt as if he were a burning fire”. So we see that Oliver is nurtured in a life of crime but his nature resists. Charles Fried claims “the virtue of truth is based on the premise that one is free to make the best self-interested choice only if one has access to the total truth” (116). Robert is “assured of [his] freedom from all sin”, and therefore believes that nothing he does can damn him and so cannot be wrong. His mysterious associate persuades him he is “the weapon of the Lord of Hosts” and that “God hath pre-ordained and decreed whatsoever comes to pass…and none of these things will be laid at our charge”. If he truly believes this to be the case then one might argue that he does not do anything wrong because he believes he is exempt of normal moral constraints.

However, crime is a social concept and if an individual deemed regicide acceptable he would not be acquitted in a court of law because it is not a general perception. There is also the fact that he is not brought to justice for the murders he commits and is therefore never made to recognize his crimes, thus negating the need to face his moral compass. However, Fagin systematically starves Oliver in order to encourage him to a life of crime but the Jew notes that he “had no hold upon him to make him worse”. Robert is coaxed only by persuasive talking. Even though he believes “[he] now only moved by the will and mandate of [his] illustrious friend”(162) it has been believed that virtues “will require effort but will be within the capacity of all citizens”(119).

There is also a theory that Gil-Martin was rather a projection of Robert’s murderous desires than an independent being, which he employed to persuade his conscience that his actions. This can be consolidated when one considers that Gil-Martin only appears once Robert becomes “sensible that a justified person can do nothing wrong”(163) and is assured by Wringham that he is one of the elect. One may also take into account that fact that Robert did not feel entirely in control of his own body and so may not be held accountable for all his actions: “Either I had a second self, who transacted business in my likeness, or else my body was at times possessed by a spirit over which it had no control, and of whose actions my soul was wholly unconscious”. Only Robert himself considers this and so a reader may wonder at the truth of it, whether he just invented this elaborate story in order to disclaim responsibility for the murders he committed.

This evidence sees that the religious nurturing Robert has had, within a family, though not nuclear, has not stopped him from doing evil and so one must suspect it is his nature that has compelled him to these acts. It is clear that while one boy has had a fortunate upbringing, with love and education, and he has fallen foul of evil, the other who’s suffered every kind of deprivation maintained a high moral code. This seems to suggest that nurture does not play a featured role in the forming of a child’s moral compass. Perhaps the authors have chosen child protagonists to show how innocence and impressionability can be externally influenced in the forming of a personality. 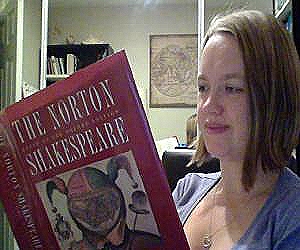