Preparing young people for the road ahead 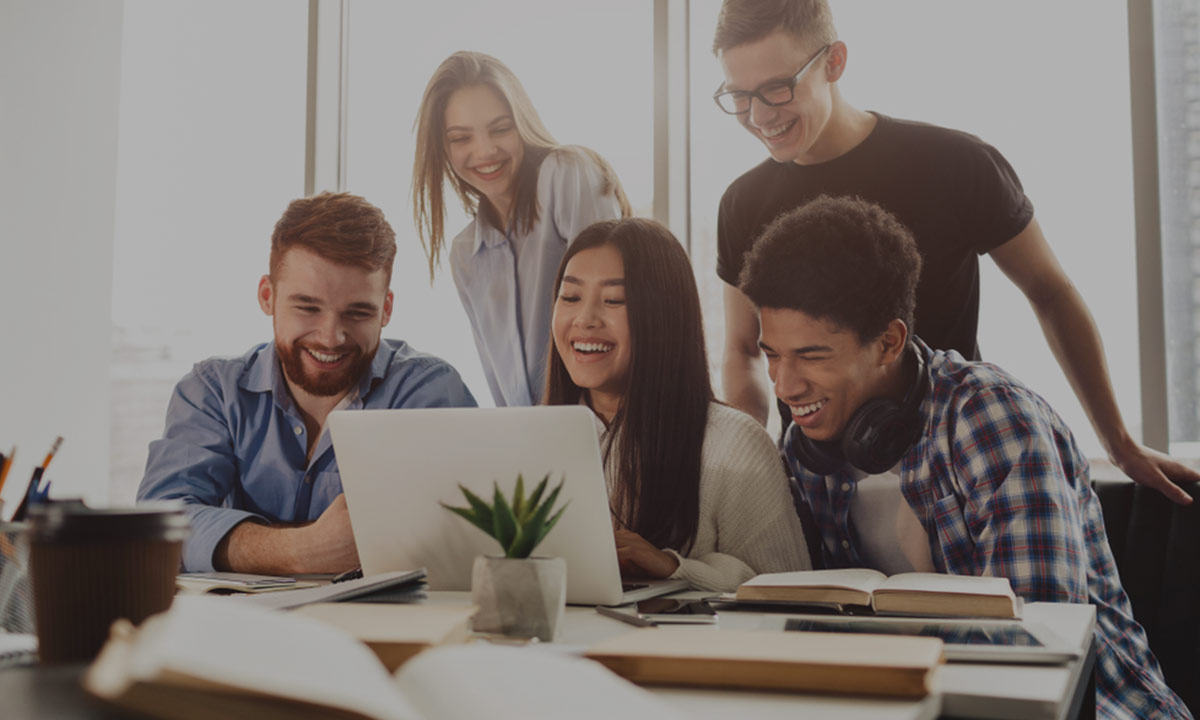 The expectations related to the transition of the youth into maturity and of young personnel into the realm of responsible adulthood remain always rife amongst the common populace and even amongst the various authoritative circles which consistently seek to instil the greatest amount of capability matrix and talent in the youthful human resources concerning the dual fields of education and business. The support quotient which could be derived from both the educational institutions and those of the greater extent of the associated community could prove to be invaluable in this regard and the factor of concern becomes critical when a considerable proportion, though in a minority, of the young person of any community or from any institution could be identified to have some special necessities such as those born out of the dyslexic afflictions that could make the prospects of career and living condition progression of various young people a consistent battle which few could hope to overcome within any specific period.

The special considerations
Online tutors which are closely associated with the task of such preparation of the youth of the society to achieve the betterment of their career and living condition improvement and talent utilisation in the future could thus be also considered to be responsible for either the success or failure of such conditions in the long run. In this regard the mos,t effective role could be consistently played by the charitable organisations which could be identified to have worked and could still be working on the national level such as the Driver Youth Trust. Such charitable institutions could directly assist the teaching and training organisations for such especially able children and citizens and could thus also develop a working architecture for finding the necessary solutions to these existing problems. The procedural applications that such charitable organisations could employ and bring forth in developing such solutions could be especially significant in effective and systematic improvements of the supporting structure of nurturing the young people with the view of enhancing their potential for the future. This could become especially significant regarding the difficulties associated with literacy and dyslexic tendencies which could hamper the efforts of the children and the young people studying in such schools and institutions in receiving the necessary and proper measure of information.

Focus area determination
The task of such online tutoring platforms could be recognised to be focused on the sectors where the possibilities of imparting and achieving the most sustainable measures of differences could become possible. This possibility also entails the approach of a holistic and inclusive purpose fulfilment in terms of providing the children with the most extensive amount of developmental space in their academic careers.

This process could be most effectively permeated through the entire range of working architecture of the academic institution through the purposeful and consistent mergers and streamlining of the different and diversified resources, which are consistently in short supply and thus extremely limited, possessed by the school. It always takes a considerable amount of time and dedication to develop any working solution and effective resolution to the ever-increasing problems of meeting the requirements of differently able students and youngsters. The impact of such resource investment does not always come to terms with the expected measures of success.

In this regard, the determination of the focused areas could be initiated through the preliminary process of having prolonged hours of conversations with those the students, the staff members and the parents of such students concerning a range of events, priorities and eventualities. Such discussions generally involve the considerations of the careers and achievements of such students regarding their academic and other performances in the school or within the fold of the academic tutors. The reality of the school curriculum effects could thus be judged from these considerations and from the information that could be gleaned from the outcomes. This is always the priority.

Key milestones to the improvement of adulthoods
The significance of the proper contribution in providing the youngsters with ample space for self-development and achievement of the required educational and other experiences and credentials could not be overstated. It could become even more significant from the fact that those students who generally leave the schools or their educational organisations at an early stage could experience the benefit of the effects of having acquired, though in the most limited and unfinished terms, the educational or vocational training that could have been imparted upon such pupils by the school curriculum and training processes.

Such experiences are bound to be translated into the format of having been the key milestones of adulthood that such youngsters could come to realise in their prolonged sphere of life and career progression. However, such an observation could not be considered to be the guarantee of achievement of the necessary beneficial effect on such students since such experiences are only limited in the scope and extent of their effects concerning the process of assisting the students to meet their needs and overcome the adjoining challenges completely.

In this regard, the first step towards the achievement of the milestones of adulthood could be recognised as the utilisation and enforcement of the directives which state the rights and protections of young people which have been legalised and enshrined in the Children and Families Act (2014). These legal stipulations are instrumental in guaranteeing and ensuring the observation of the effects of the most preferable practices which have been so far developed to benefit the considered student populace to the maximum effect. The milestones of achievement of the capabilities of the intellectual, psychological and educational spheres related to adulthood are also directly associated with the promoting of expectations and raring processes which are necessary to achieve the possibilities of achievement of the aspirations of the specially able youngsters. The outcomes could be judged from the effects of securing decently paid employment possibilities for such youngsters and also independence of living conditions and self-confidence in terms of participation in the society with consistent effect. Such aspirations could be the core components in the driving forces towards providing the differently able students and citizens with the maximum capability quotient of survival.

Consistent importance
In terms of the persistence of expectations, it is a universal fact that every parent indulges in arrangements of various measures of facilitation and accommodation for such children. These arrangements could be ascertained as the four necessities which every young person could face in the future after the completion of the basic, primary, secondary and higher secondary education in the manner of secured employment including that of self-generated employment, security of health and medical conditions, independence of living including the choices and capabilities of taking the necessary decisions by themselves, acceptable and sustainable housing facilities and options to commute to different places whenever the necessity could arise and finally the all-pervading necessity of achievement of the social relationships such as friends and social acquaintances and finally the relevant place in the society.

The planning procedure for post 16 necessities
The parents, regardless of their financial backgrounds, are always interested in investing their maximum efforts into developing the best possible solutions for their children to facilitate the journeys of their lives after they turn 16 years of age and this is extremely natural as well. The three fundamental aspects of meeting such expectations are the diagnosis of the impending situation, the support that could be formulated through the application of such diagnosis from multiple perspectives and finally to plan accordingly and impart these effects in the most vigorous measures. The post 16 years progression path could thus be accommodated and smoothened to a great extent for such psychologically demanding and especially able youngsters. 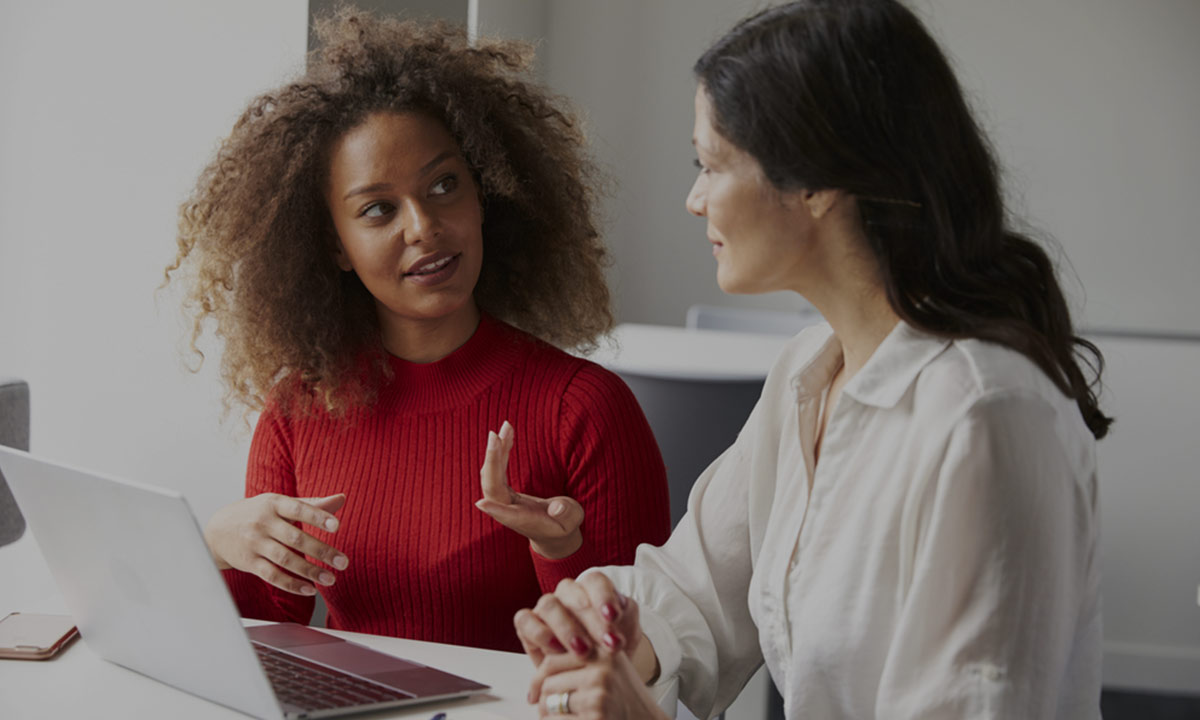 One of the most significant features of support in this regard could be the offering of online tutoring platforms concerning a host of different solutions for the youngsters. The support could be provided to such a young populace who could be standing at the doorstep of their transition to adulthood. The most important aspect of private tutors could be recognised as the structure through which the effective benefit of such training could be imparted in an extremely personalised, individualistic and case-specific manner. Clearly defined, methodically structured programmes that could be developed with the initiatives of support in mind towards meeting the necessities of dyslexic young personnel and similar youngsters suffering from congenital psychological issues could be considered to be the necessity of the day.

Effectiveness of discussion scenarios
It is necessary for the students to continuously take part in the discussions of the theoretical constructs of such assistive applications before indulging in the practicality of the workshops. Such discussions and workshops are instrumental in making the students responsible for their fate and in providing the youngsters with the opportune exposure to the real world with an acute sense of actualities and eventualities which they could be facing and the problems that they could be forced to experience. This process could then be followed with individual-based one to one interactive sessions of training and educational sessions. This is also extremely necessary to provide the youngsters with the knowledge and certain extent of capability for progression in their future along with the six aforementioned materialistic achievement criteria which every parent dreams to provide to his or her child when he or she could undertake the transition to adulthood. 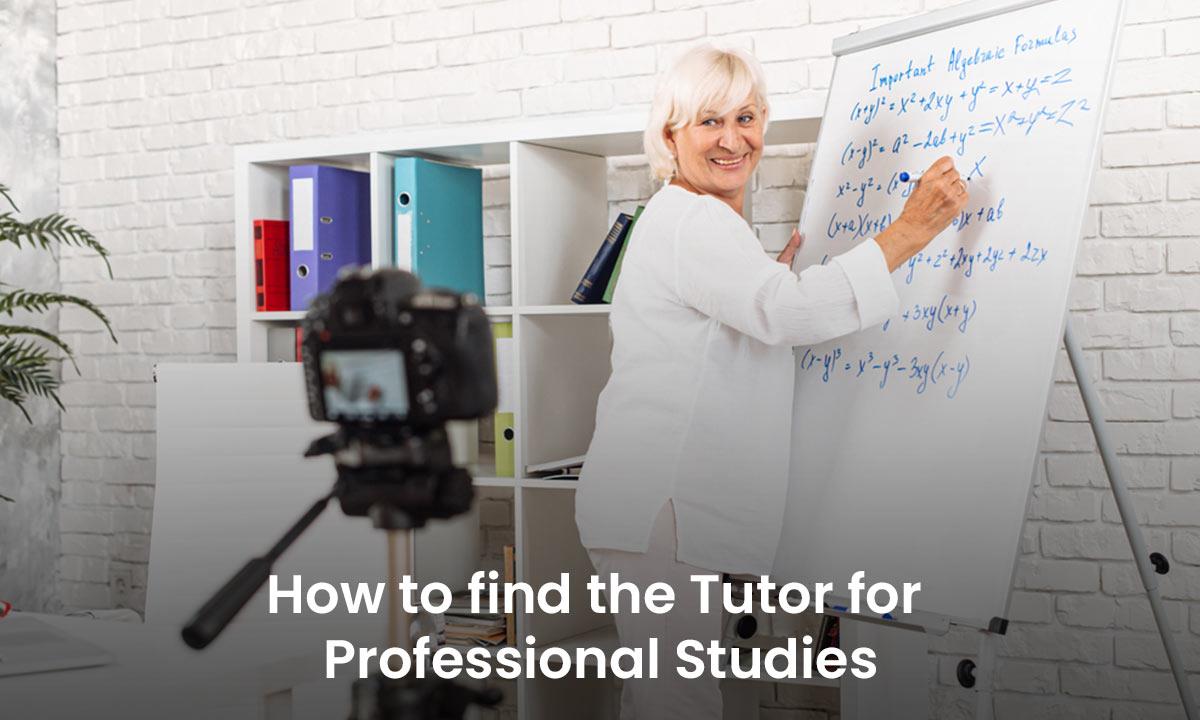 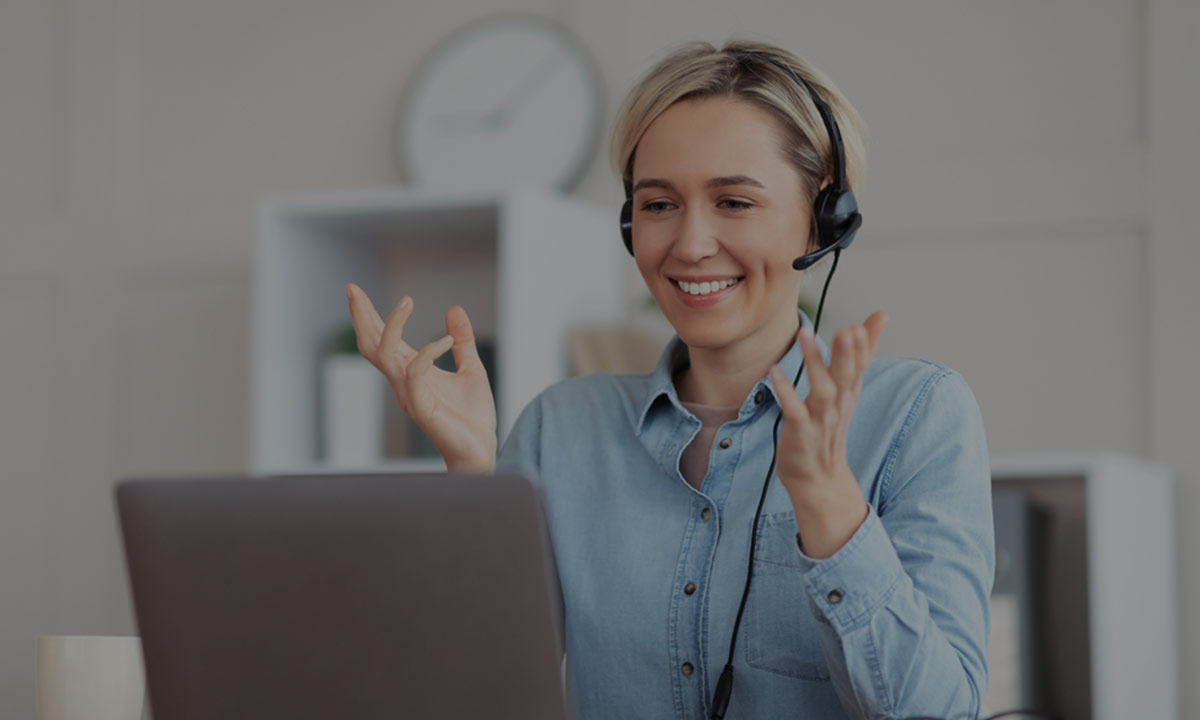 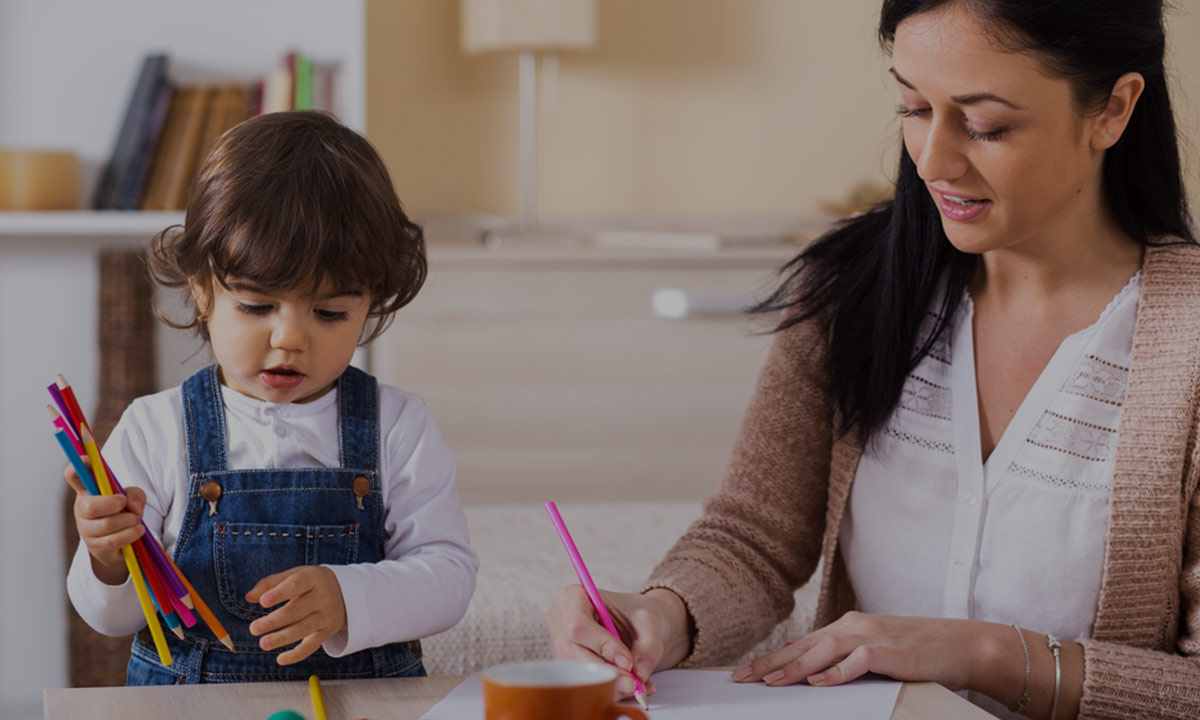 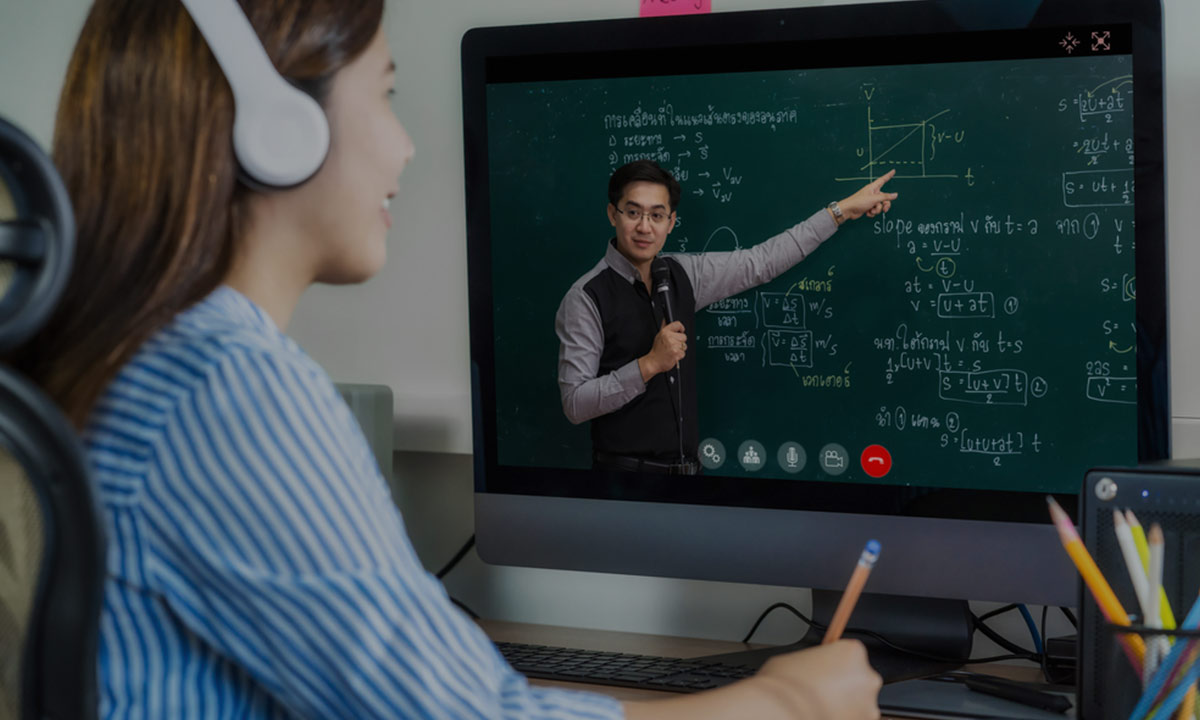 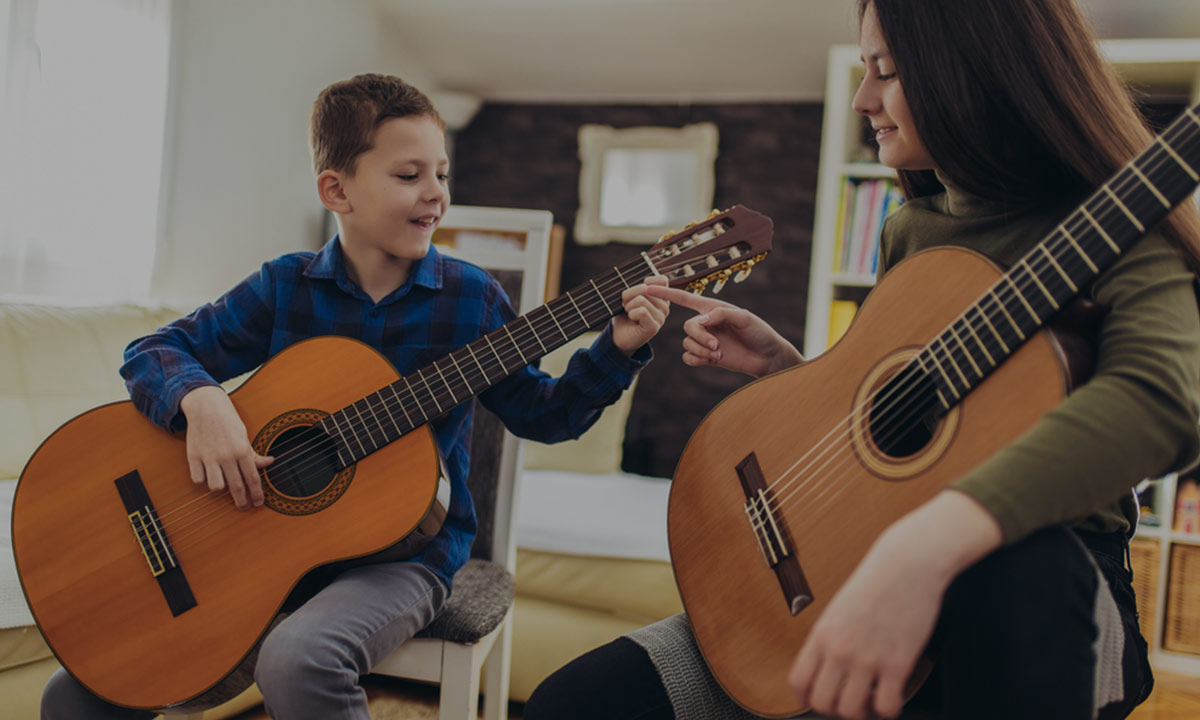 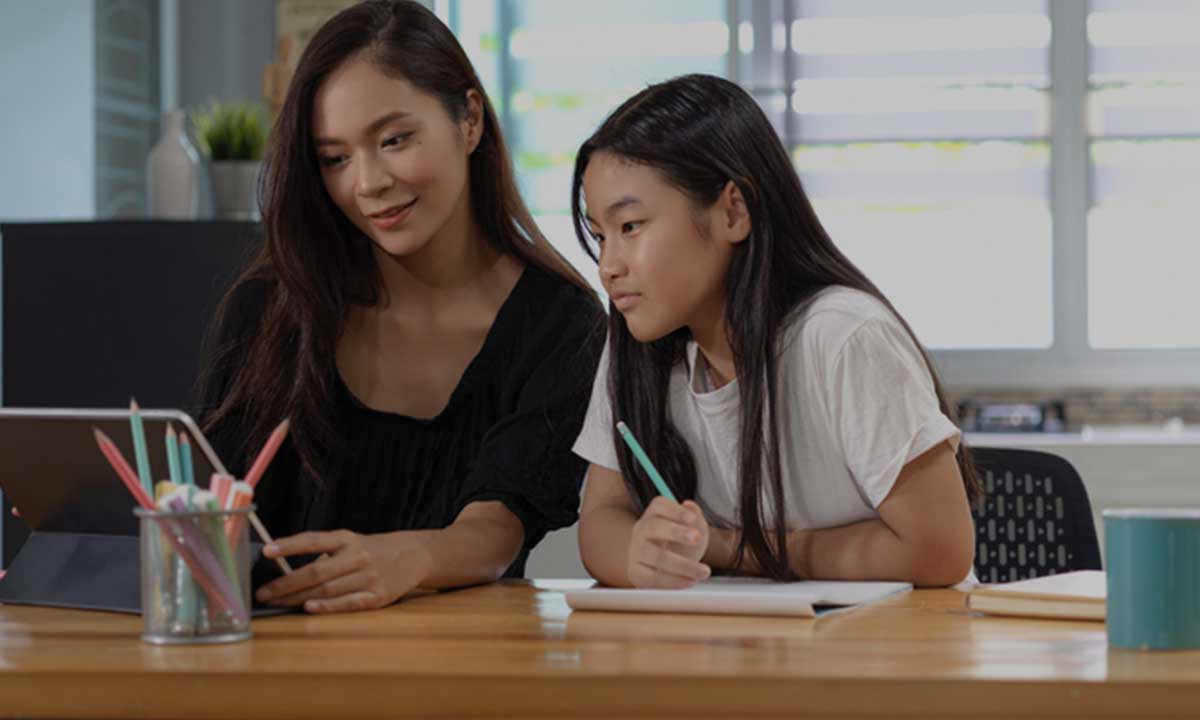 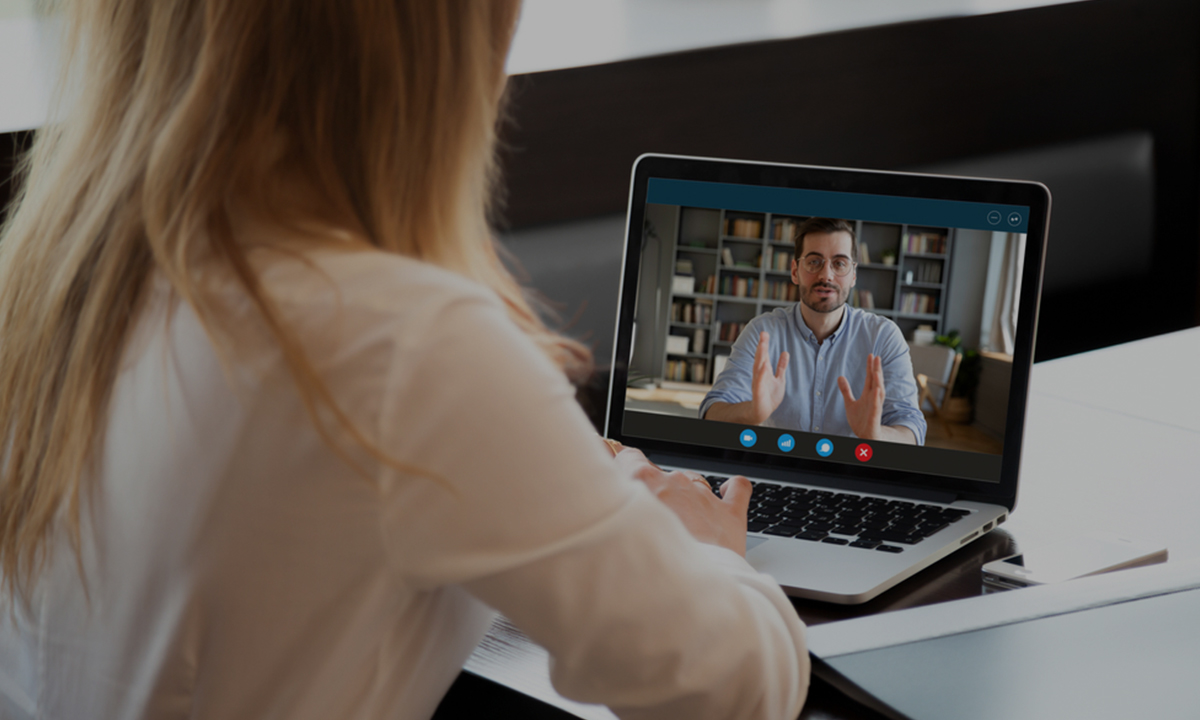 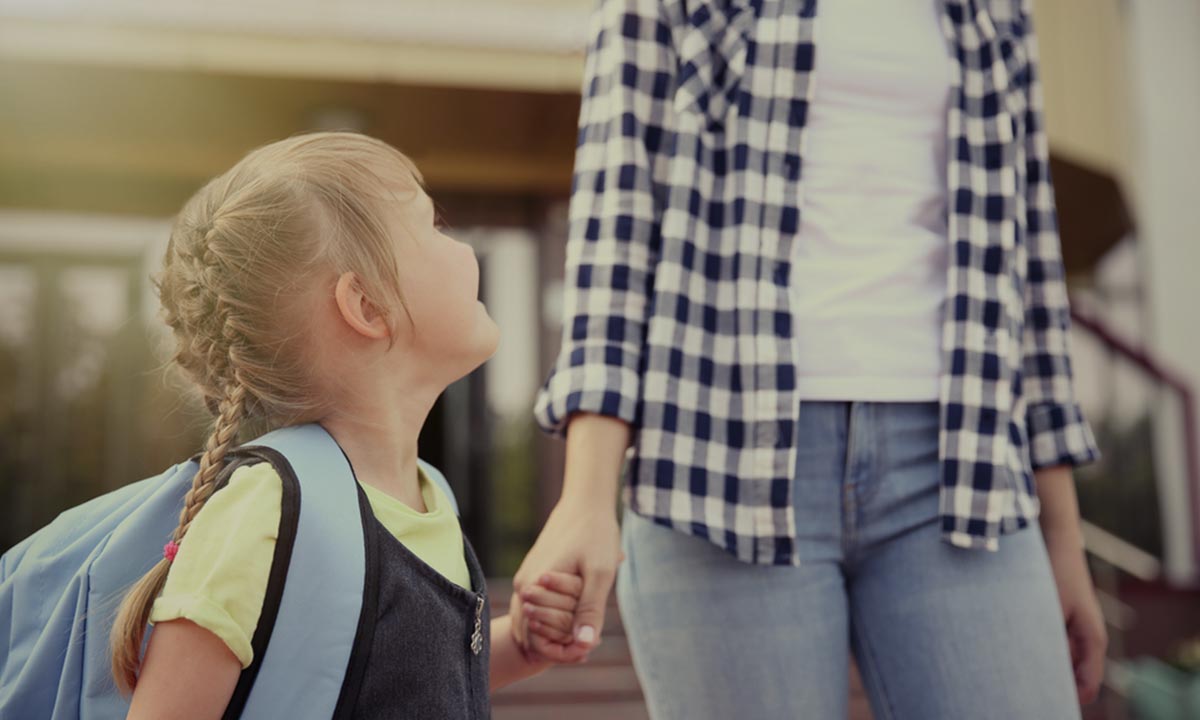 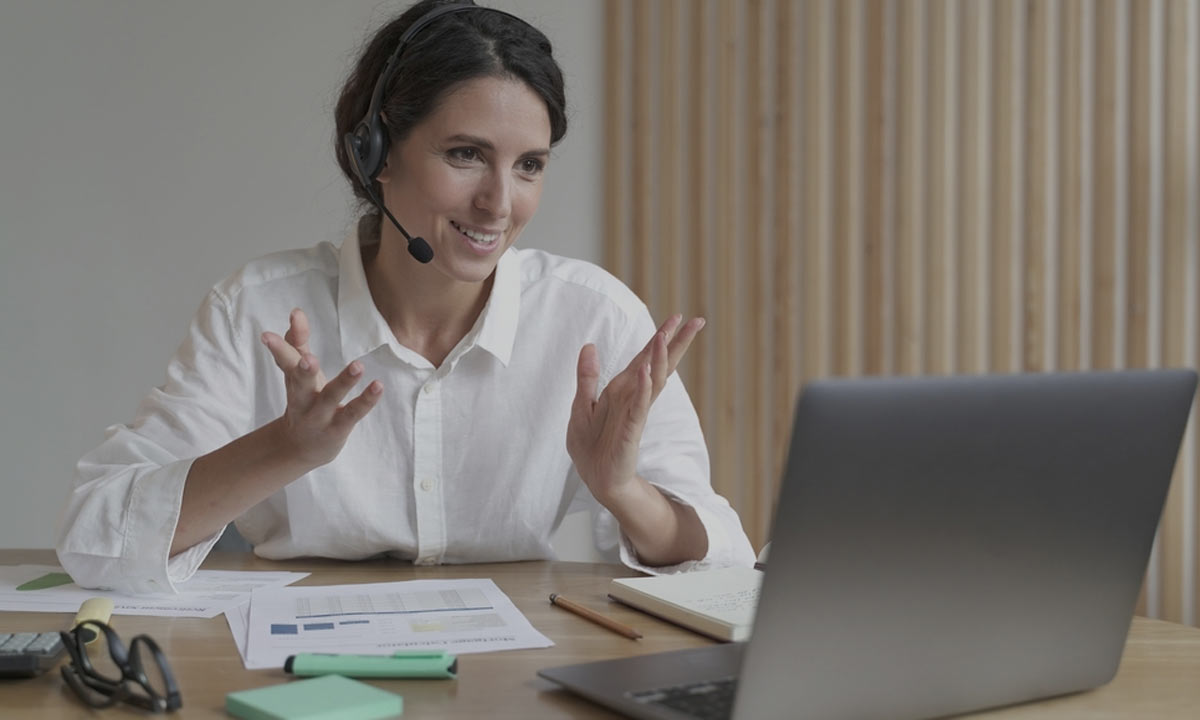 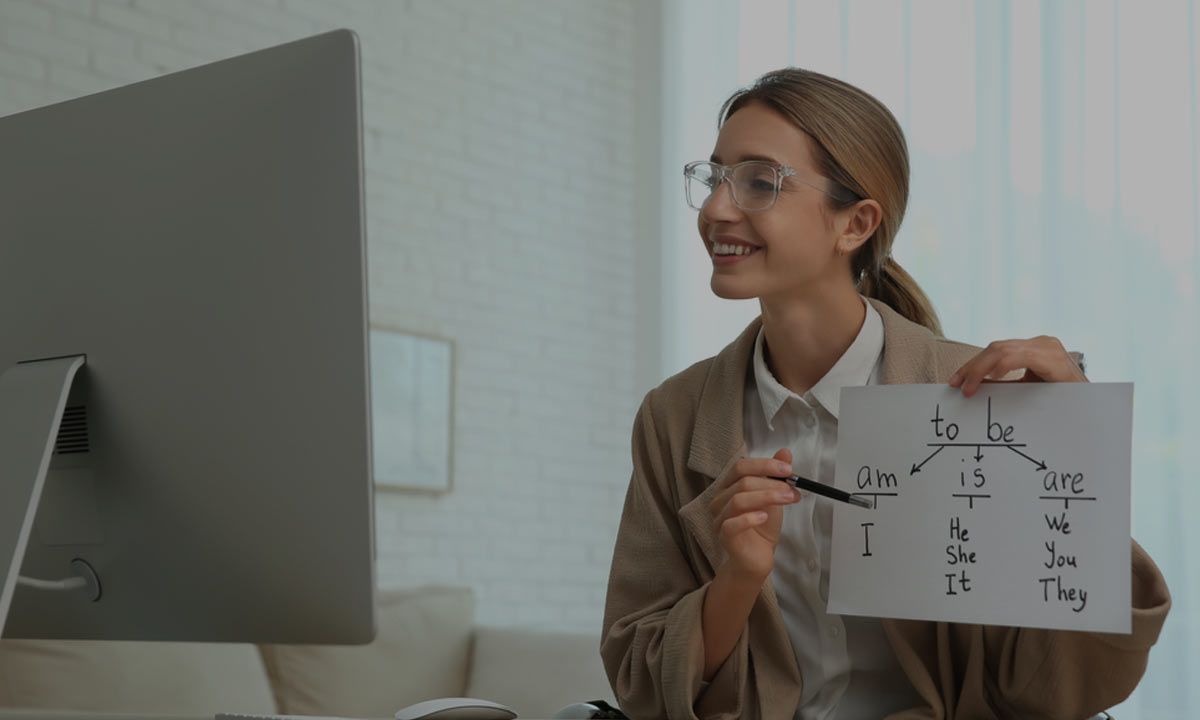 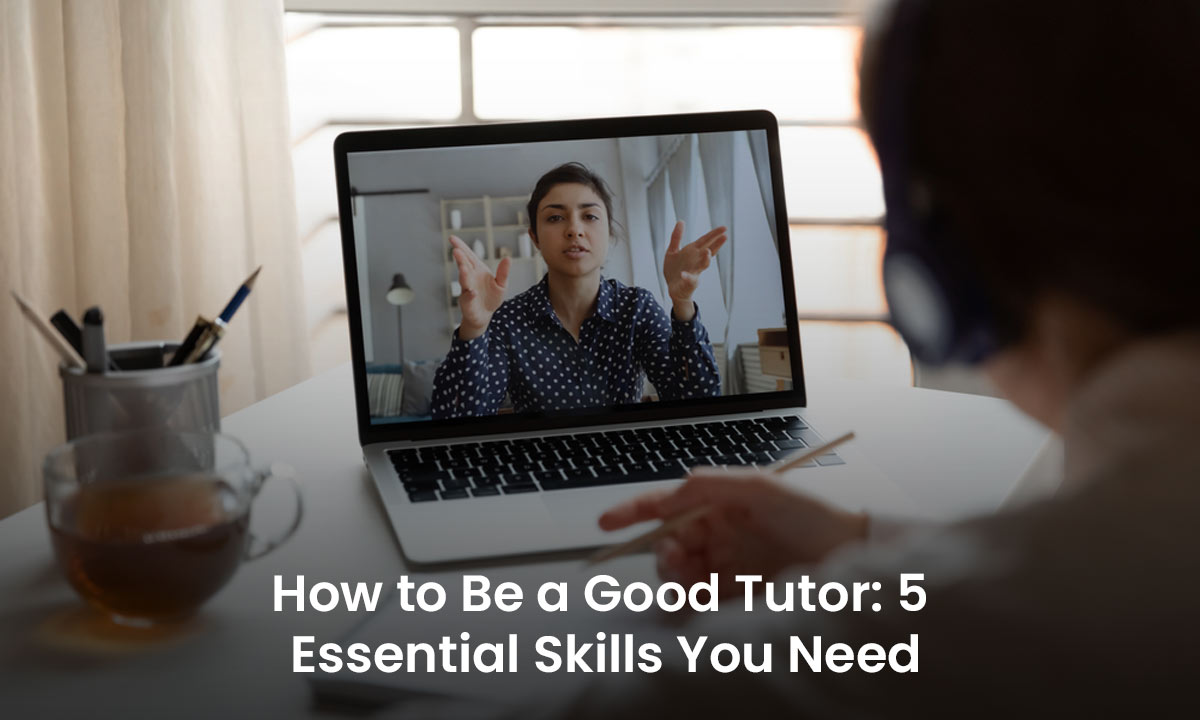 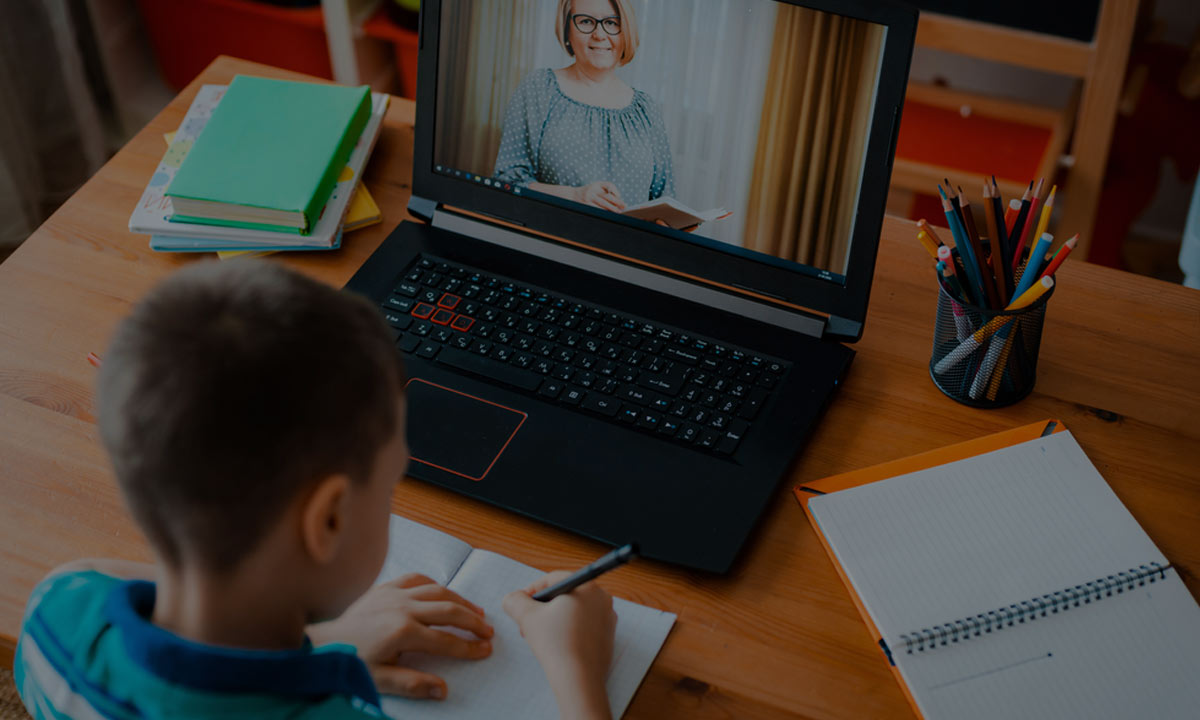 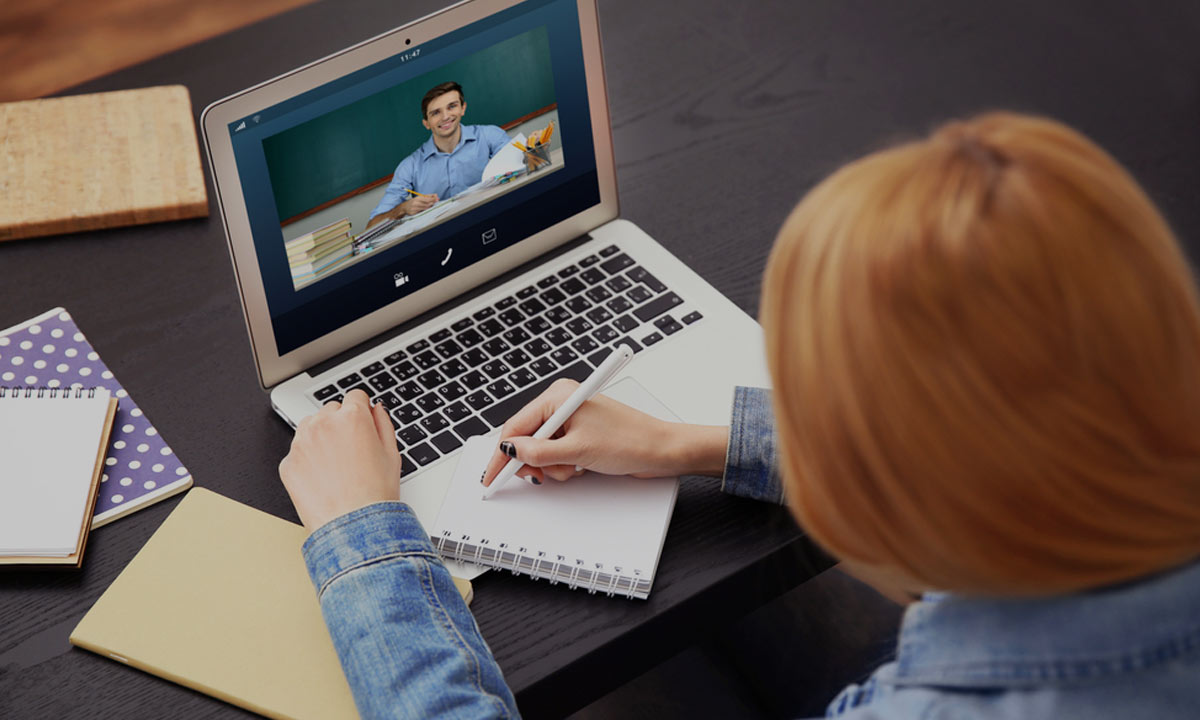